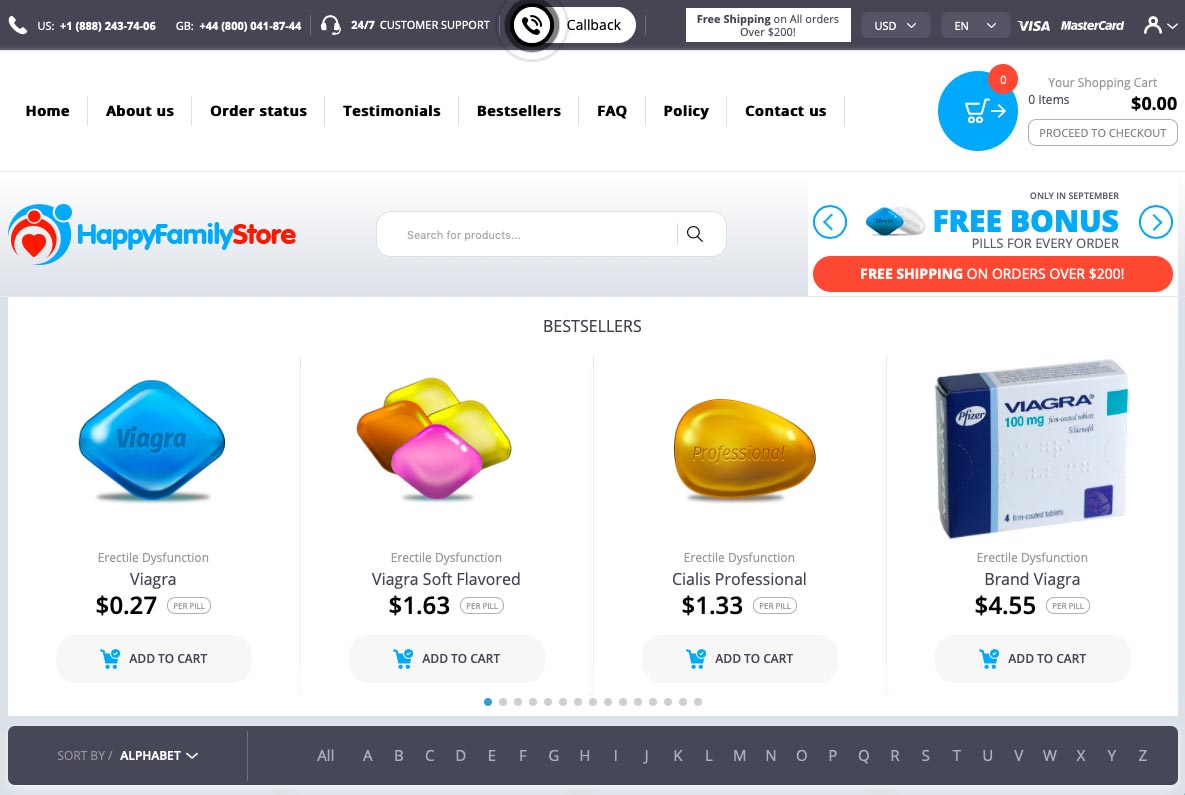 247-healthstore.com is a suspicious internet pharmacy that claims to offer safe, high-quality drugs, fast services, fair prices, and confidentiality. These are attractive claims but every internet pharmacy makes them. They are just empty words until a drugstore provides evidence to back them. Unfortunately for this medical store, it has failed to provide this evidence, which is why you have no reason to trust it. 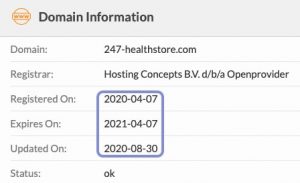 This domain is young. It was created on the 7th of April 2020. Most websites are expected to present an average of 5 years of experience before you can trust them. The five months this pharmacy has spent in operation are too few.

The website has no way of proving its authenticity and reliability. At four months, it hasn’t developed a strong enough reputation to back its claims.

Even though the company is young, scamadviser.com gave it a rating of 64 percent. That isn’t the highest of ratings. However, it isn’t low either. 64 percent is average, which is somewhat encouraging. You see such ratings among stores that scamadviser.com doesn’t necessarily endorse but which lack the necessary evidence to prove that they are scams.

Their server has over 190 other portals, including:

Most of these stores have horribly low trust ratings on scamadviser.com, which suggests that they are even more suspicious than this dispensary. Anyone that operates a pharmaceutical store understands the importance of surrounding their portal with trustworthy websites. This one has failed to do that.

You have several reasons to remain suspicious of this internet pharmacy despite its decent scamadviser.com rating. First of all, its setup involved two countries. One of those countries is Poland, a high-risk nation that generates a lot of scams.

Secondly, the store has negative links on social media. Third, it has a low Alexa ranking, proving that it gets very few visitors. If people have chosen to avoid a medical store, you have to stop and ask yourself why?

In many cases, they have noticed or experienced fraud on the site. The platform is attractive. The design is basic and generic. But it is still attractive. The simplicity of the platform eases navigation. It won’t take you long to find the catalog, and neither will you struggle to locate the checkout page.

The biggest warning sign is the content. It isn’t unique. That is to say, it was copied from various other sites. The same is true for the design. This isn’t the only pharmacy on the internet that looks like this. In fact, you have every reason to assume that the store is part of a network of internet pharmacies that operate under the name ‘Happy Family Store’.

Most of those stores are just as attractive as this one. They feature the same images and content. They are also equally suspicious. Like all those ‘Happy Family Store ‘ dispensaries, this one doesn’t have a business address. It has also redacted most of the information surrounding its operations on the internet, another problematic sign.

They are not recognized by any of the major regulatory authorities such as legitscript.com. This tells you that they are not completely legal. It also supports claims that they might be fraudulent. 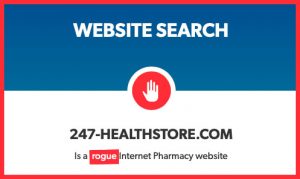 Like all the other ‘Happy Family Store’ portals, this one sells a lot of sexual enhancers. Their catalog is somewhat small and it is filled with sex-related medical products. They don’t ask for prescriptions, an aspect found in most scams.

They sell generic medicine, and as you might expect, it is cheap. But they also offer brand name drugs which are also cheap. It is unclear as to why their merchandise is so affordable, especially in comparison to the prices associated with legitimate internet pharmacies.

To make payments, you must use credit cards, crypto-transfers, and SEPA. With shipping, they use EMS Courier Delivery which takes five days, and Airmail which takes two weeks.

The reviews found on the platform cannot be authenticated. It doesn’t have reviews anywhere else.

This is a suspicious internet pharmacy that lacks regulatory authority, a business address, and authenticated reviews, which is why it earns a rating of 15% of trust.