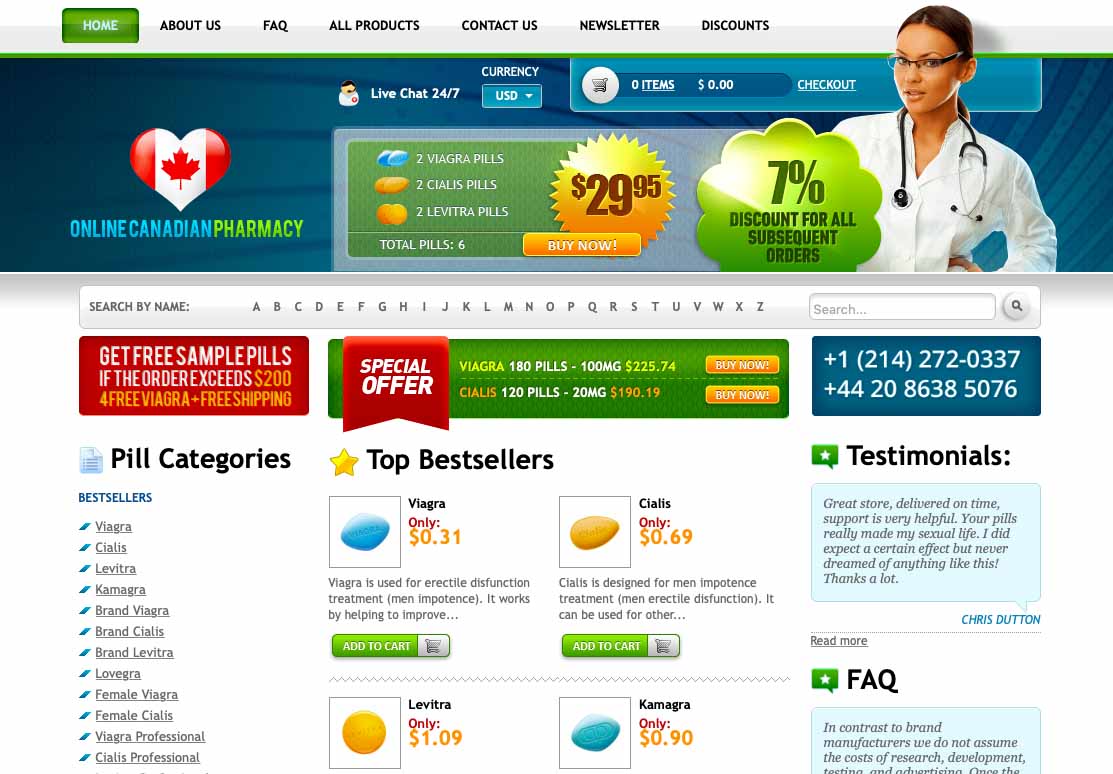 Are you looking for a cheap source of medicine because the medical products in your country are too expensive? Don’t buy from 247safegenerics.com. Their name is obviously enticing. It tells you that they are available all day/night and all week and that they sell drugs that are not only safe but generic. If you did not know, generic drugs are just as potent as brand-name medications but they are so much cheaper. If this store can deliver on the promises of its name, it makes all the sense in the world for consumers to do business with them. However, they cannot deliver on those promises. 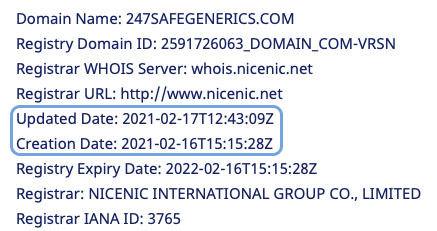 Some people are hesitant to dismiss pharmacies simply because they are young. However, they will probably make an exception for this domain, which was created on the 16th of February 2021. The problem with this domain is that their age is merely one problem among many.

If they had a long and strong collection of attributes that definitively authenticated their legitimacy, their domain age would go unnoticed. But because all the evidence proves that they are not legit, you have no choice but to perceive their age as a terrible weakness.

If the domain age isn’t enough to convince you that you cannot trust the store, consider their scamadviser.com rating. It is an abysmal 1 percent. The resource did not assign that rating out of malice. It did so after noting that the domain was not only young but it shared its server with several poorly rated websites.

The website keeps sending mixed signals where its origins are concerned. Its business name has the word ‘Canada’ in it. This is an obvious attempt to make people think that it is Canadian. But their domain was registered through a third-party company from Hong Kong.

Does this make them Chinese? It is possible. People don’t trust China. Several online scams have been imputed to the country, which is why consumers cannot help but approach pharmacies from China with caution.

It should be noted that their origins are still a mystery. The information above encourages people to speculate but it doesn’t prove anything. The owner might celebrate this as a victory. They probably think that it is a good thing that people have failed to pin them down.

But they are wrong. The mystery surrounding their origins has tainted their reputation because it tells everyone that they have something to hide. The owner’s anonymity only succeeds in making them appear even shadier.

The worst aspect of their profile is their decision to pretend that they are Canadian. This is a lie and it puts everything else they have to say in question.

Things don’t look good in this department either. They don’t have anything that resembles accreditation, licensing, or authority of any kind to sell medicine. That makes them a danger to every consumer they come across.

They sell various generic medicines, including:

But they have failed to defend the quality of their merchandise. The best they can do is to claim that all their suppliers are licensed. But you cannot simply trust their word on this issue.

You can only use credit cards to make payments. The limitation in payment options may annoy some people. Like everything else, they have failed to provide a convincing explanation for their cheap drugs.

Their price tags are so low that you cannot help but assume that their offerings are counterfeit. The pharmacy has claimed otherwise but they don’t have any proof.

Once again, they want you to take the customer reviews on their site seriously, to believe that real customers wrote them but they haven’t given skeptics any reason to take them at their word. 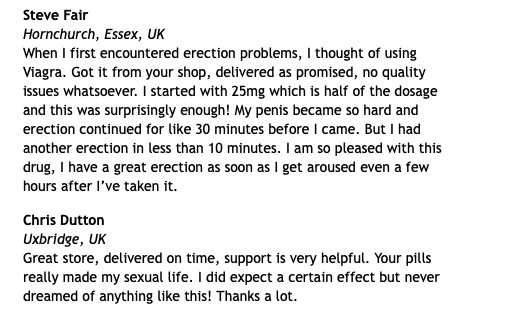 Their profile is a mess. It is filled with lies and consistencies, hence their poor trust rating of 15% of trust.