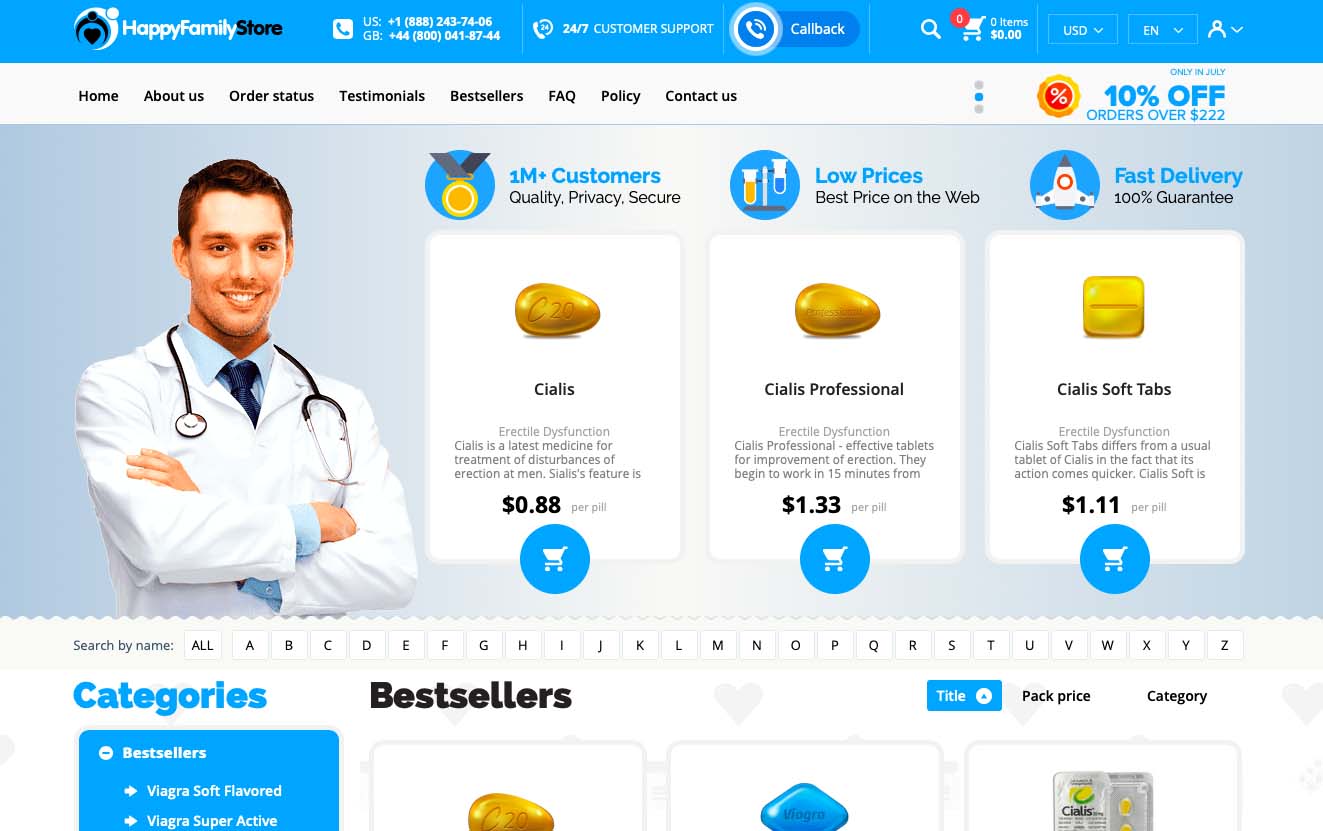 24h-topmedicine.com is a suspicious website that hasn’t given anyone any reason to believe that they might be legit. This is despite the many exaggerated promises they have made thus far regarding their reliability, legitimacy, and trustworthiness. Some of their claims are not merely exaggerations but, rather, downright lies. 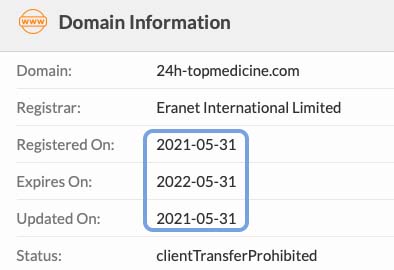 If you intend to give them your money, their domain age will immediately stop you in your tracks. This is because the medical store was created on the 31st of May 2021, which makes them just a few weeks old as of this moment. Naturally, if they persist in the online pharmaceutical arena, their domain age will grow.

However, the company cannot guarantee that it will stick around for the next few years. After all, its domain is slated to expire a year after it was created. This shows that the owner is not quite as confident in his ability to survive online as he would like people to think. Additionally, many websites that look like this one eventually close just a few months or years after they opened.

Scamadviser.com gave them a rating of 1 percent. They have several domains on their server, and most of them are just as unreliable as this one. They include:

Their domain has several red flags, not just the anonymity of their owner (which is a problem) and or domain age but also the connections they have nurtured with high-risk countries, not to mention the poor optimization of their platform and the many portals with poor ratings that share their server.

And the design of their website isn’t all that impressive once you realize that hundreds of medical stores on the internet have used the same template. In other words, rather than hiring a professional to craft a unique design for them, the owner chose to copy their design from other websites.

‘Happy Family Store’ websites have some of the worst reputations in the industry. They are tempting because they have attractive platforms and low prices. However, it won’t take curious customers long to realize that most of these sites are not only young but they cannot back any of the things they say with clear evidence.

This one has a picture of its premises but it doesn’t have a business address. Even though they have American and British phone numbers, scamadviser.com has connected them to Poland and China, two high-risk countries.

Legitscript.com doesn’t trust them. It classified them as ‘rogue’ to show that the pharmacy has failed to meet its lowest standards. It doesn’t expect anyone to do business with them because of all the risks associated with their operations.

They have so many sexual supplements and enhancers on their platform. Their catalog has drugs that treat other illnesses, such as blood pressure and asthma. However, they are clearly obsessed with sex-related products and illnesses.

You can make payments using credit cards, electronic checks, and crypto-transfers. Crypto-transfers attract suspicion because they are anonymous and they encourage fraud. To make deliveries the store uses:

As was noted above, their medicine is very cheap. But it comes from an unknown source which means that you have no way of gauging the quality of the company’s products. This raises a lot of questions about their low price tags.

Unsurprisingly, they don’t have reviews on third-party websites but they have plenty of testimonials on their platform. Naturally, you have no reason to take those reviews seriously because they can be faked.

The internet pharmacy wants people to think that it is legit. However, it hasn’t given potential consumers any reason to trust the things it says, which is why it gets a rating of 20% trust.