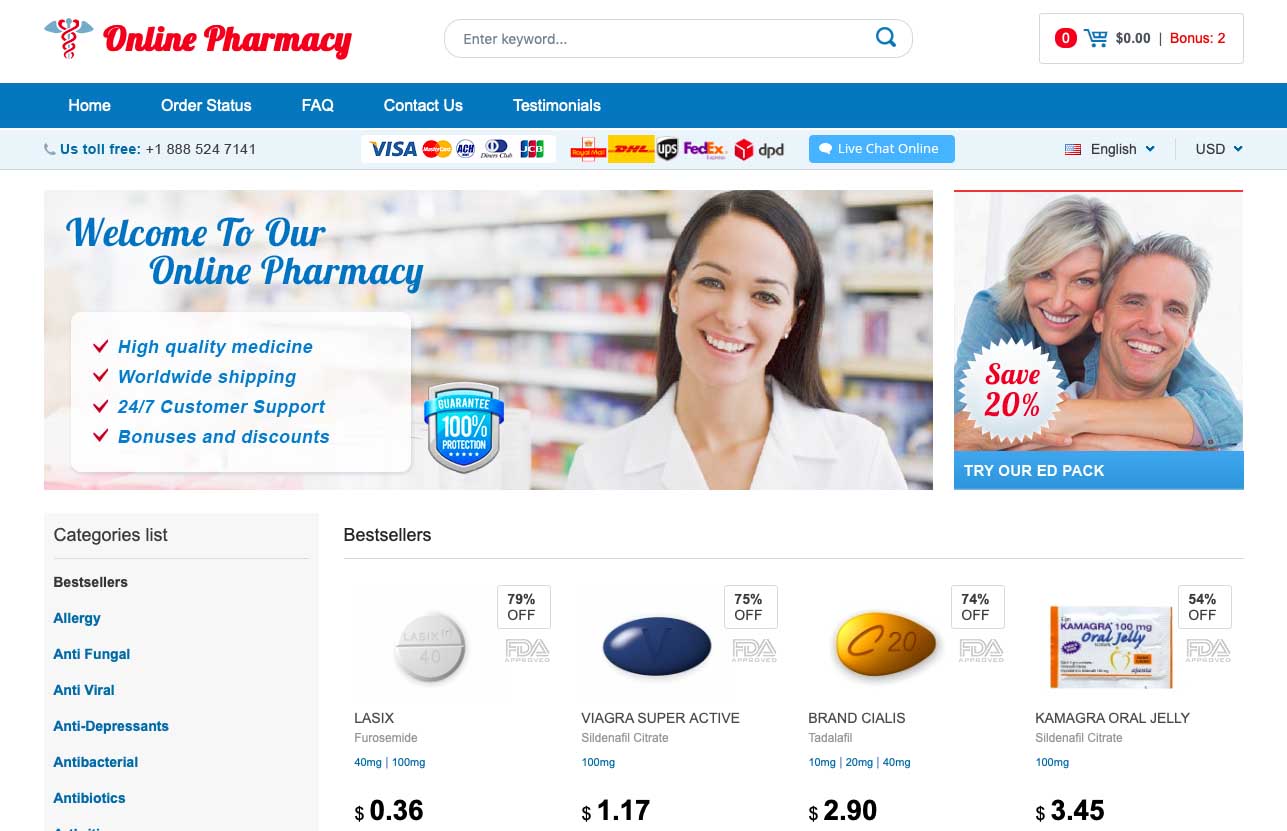 24trustpharmacy.com is a Canadian internet pharmacy that doesn’t have any surprises to offer. It fits within the same mold as every other untrustworthy drugstore you have ever encountered on the internet not only because of its design and the quality of its services but because of the many false claims it makes. 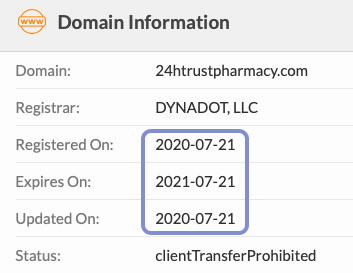 The domain is suspicious because it was created on the 21st of July 2020 which makes it just a few months old. Patients that have never acquired drugs from the internet pay the domain age very little attention. They do not realize that it can tell you volumes about the drugstore’s legitimacy.

If they understood the online pharmaceutical arena, they would realize that a website this young is too risky to buy medicine from. It is most likely a scam that poses a threat to your credit card information, not to mention your privacy.

The website is based in Canada. It has a rating of 15 percent from scamadviser.com. That is quite low and it is what you expect from a domain with so many secrets.

This pharmacy fails primarily because of its business profile. It doesn’t have one. The company makes all the same claims you have seen on the platforms of other scams. For instance, it describes its website as a trusted source of medicine. It supposedly uses medical professionals to cater to the needs of individuals and their families.

It has reliable partners in the manufacturing arena that it uses to acquire high-quality medications. Like every other store that has made similar claims, this one cannot back them with verifiable evidence, which is why you have no reason to take them seriously.

Their online portal is as generic as they come, bland in its themes and colors. At the very least, it is easy to navigate. But that isn’t enough to compensate for its disappointing appearance. The fact that the platform hasn’t been optimized for use on a mobile device is even more troubling because it shows a level of laziness that isn’t common among legit internet drugstores. 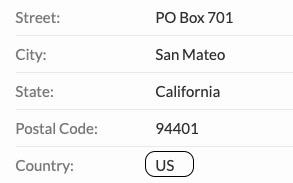 From the low Alexa ranking, you can conclude that most customers have chosen to stay away from the company. They don’t want anything to do with its services and offerings, a surefire sign of trouble.

They have an email address that you can use to access their customer support personnel. However, they don’t have any other communication avenues. They don’t even have a phone number. This is odd behavior that you do not find among tangible businesses. The only conclusion that one can reach here is that the store only exists on the internet.

Even though they want you to believe that they are a leading source of online medicine, they don’t have any sort of recognition from major regulatory bodies. Legitscript.com has nothing good to say about them, which is why it calls them ‘rogue’.

The company sells generic and brand name medications that treat illnesses like:

Despite its shady appearance, some people are still drawn to this medical store because it has very cheap medicine; though, it has failed to justify the affordability of its merchandise. If all you want is cheap medicine and you don’t care about the quality, they have you covered.

The payment options they accept include credit cards (MasterCard, AMEX, JCB, etc) and electronic checks. They ship internationally using EMS and trackable courier service. It takes roughly one month for customers to receive their pills.

The website was created in July. However, it has reviews on its platform that were written and published in January. That was several months before the company opened. This tells you that the reviews are nonsense, specifically the ones the company published.

This is a dangerous internet pharmacy with a lot of shady practices that cannot be relied upon to provide access to genuine drugs without exposing you to scams. The pharmacy deserves 20% of trust.