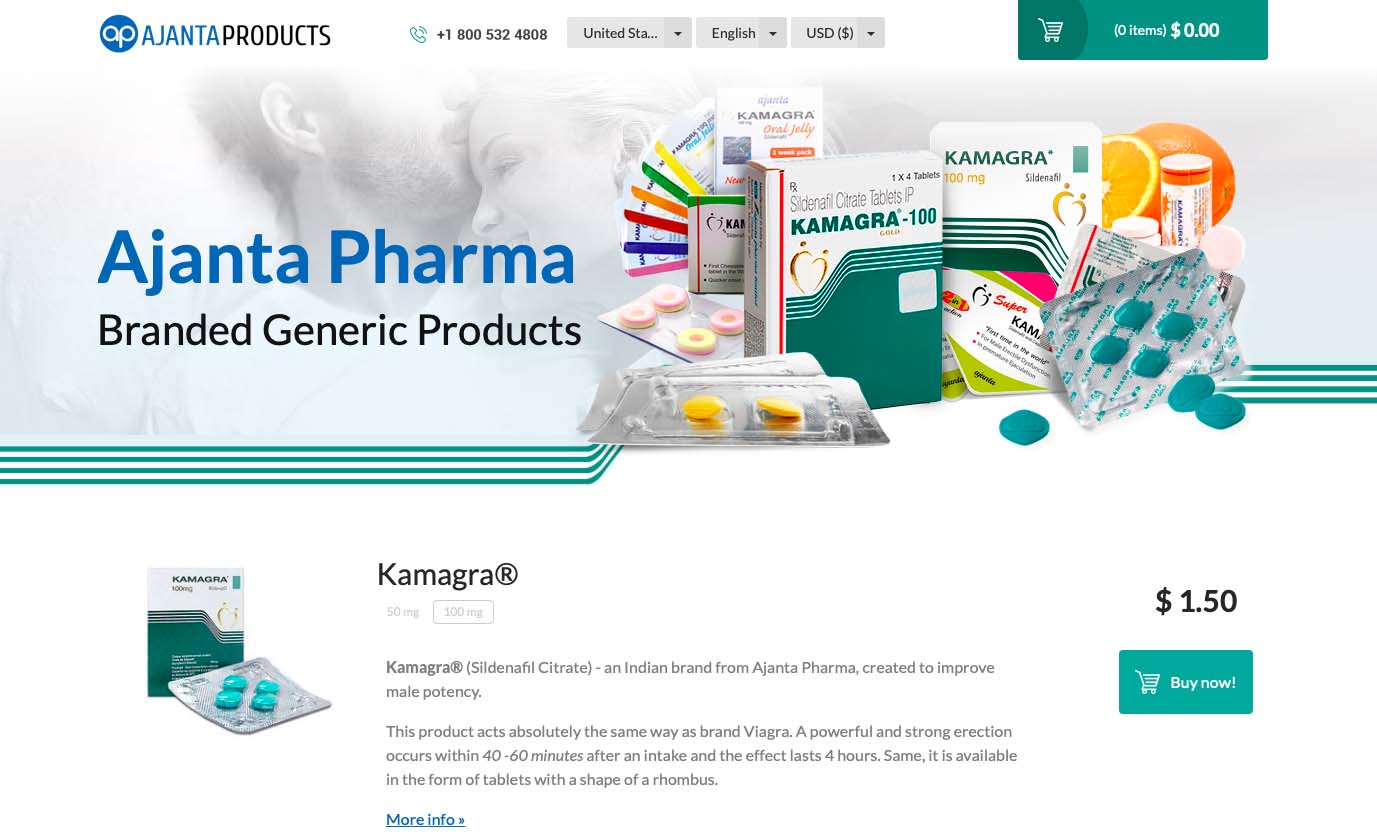 Ajantaproducts.net is an Indian internet pharmacy with a clever title. People that have made online medical purchases before are more likely to confuse them with Ajanta Pharma, a massive corporation with decades of experience. Unfortunately, they don’t have any connection to Ajanta Pharma.

The domain was created on the 12th of February 2019. It is two years old. Is this a bad thing?

Well, it raises a lot of concerns, mostly because the majority of fraudulent drugstores are normally quite young. If you have been defrauded by a young drugstore, you may be hesitant to do business with this one.

Scamadviser.com wasn’t that impressed by the site. It was particularly incensed by the lack of reviews on popular sites, low Alexa rank, and the use of cryptocurrency services, which is why it gave them a rating of 1%.

Even though scamadviser.com doesn’t always get things right, their reasoning for assigning the platform such a low rating is solid. It should give you some pause.

The pharmacy sells high-quality drugs at good prices, or so they claim. They get everything they sell from India. The country produces a variety of high-quality drugs. But it also makes counterfeit products, which is why some people are hesitant to embrace medications that come from the country.

To prove that they are a legit business, they keep telling visitors that their operations comply with the ‘Drugs and Cosmetics Act of India’ but if that was true, they would have proof. But they don’t, which tells you everything you need to know.

The portal doesn’t provide medical consultations over the internet. They expect their clients to consult professional physicians before they submit a request for medicine. They won’t accept any liability for the negative side effects that a patient may encounter if they take the wrong pills.

That wouldn’t be so concerning if they had a system in place to demand prescriptions from their customers. But they don’t. They don’t actually care whether or not you consult a doctor beforehand. This makes them a danger to people that self-medicate.

If they are to be believed, their support team is available 24/7 to resolve customer queries. They want people to think that they take privacy seriously. But once again, they can’t prove this. Their policy states that they do not share personal or medical information.

Larger stores have made similar claims. People believe them because they have strong and trustworthy reputations. This site doesn’t have that advantage because it is young. They haven’t given people any good reasons to believe them whenever they make such boasts.

For some reason, even though they are Indian, they have British and American phone numbers. This isn’t necessarily suspicious but it raises questions.

The store is rogue. Legitscript.com gave them this classification after scrutinizing their profile and determining that it couldn’t certify them.

As an Indian business, they haven’t been licensed by any of the relevant bodies in India to do the work they do. They are dispensing drugs without regulatory approval or accreditation. They don’t have anyone to hold them accountable if they misbehave. This makes them dangerous.

They sell a lot of products related to Kamagra, including:

Once again, it should be reiterated that they have nothing to do with Ajanta Pharma. Their name and logo say otherwise, but those are lies. Do not buy their products because you think that they come directly from Ajanta Pharma. No one knows for certain where these pills originate.

For the moment, it looks like they only accept credit card payments along with Bitcoin. They use Airmail and EMS for deliveries.

Airmail costs $10. Shipping is only free for people that have ordered 170 pills or more. EMS costs $30. You will get your pills within 21 days. Cancellations are only possible in cases where the drugs haven’t been dispatched.

If you want proof that this company has nothing to do with Ajanta Pharma, just look at their reviews. They don’t have any despite the fact that they share the name of a large corporation.

The internet pharmacy has failed to justify its shoddy profile, which is why it gets a rating of 20% trust.