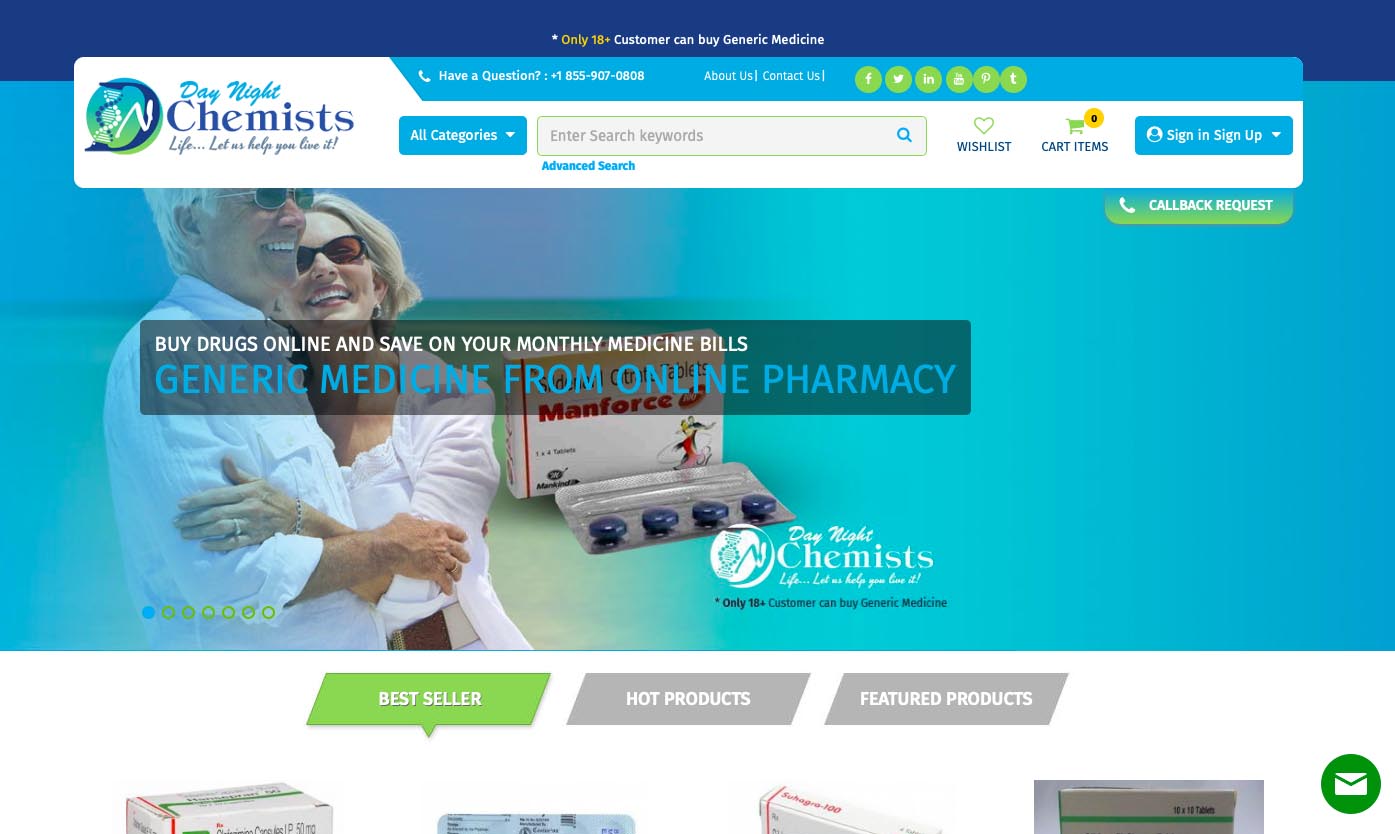 Daynightchemists.com is an American pharmacy based in India. They do not make this clear. Some of their claims make it seem like they are solely American. Others mention India but they do not explain the company’s connection to the country. This kind of confusing information is suspicious. It doesn’t make the store a scam. However, they lose some points as a result. You can do business with them but you should be careful. 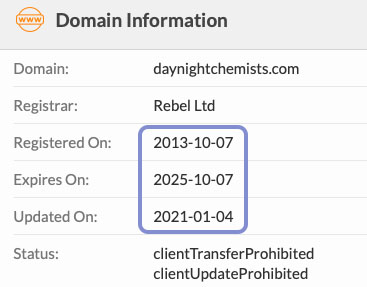 Their domain makes them seven years old. They came into being on the 7th of October 2013. If you have ever visited their website, you will know that they have identified 2007 as the year they started operating. But their domain age disputes that claim.

It is never a good idea for an internet pharmacy to lie. Lying forces you to look at all their claims with suspicion. You cannot help but assume that they have told other lies.

Their scamadviser.com rating is strong. It currently stands at 100 percent. It can’t get any higher than that. Scamadviser.com was quite generous this time around. It makes sense. The resource couldn’t ignore all their strengths.

It isn’t just their SSL Certificate that is impressive but their domain age. Yes, they lied about their experience but they have still been in operation for seven years, which is a lot. Their Alexa rank is low and they have an anonymous owner. That being said, their strengths exceed those weaknesses.

You already know that they lied about their age. But what else did they lie about? One assumes that the business address they provided isn’t real either. Or at the very least, for the moment, it can’t be verified.

They still have some hope where their age is concerned. It is possible that they opened a brick-and-mortar store in 2007 and they only joined the internet in 2013. Drugstores do not always start online. Some of them spend years operating traditionally before introducing an eCommerce site.

This shop can redeem itself by showing proof that it had a brick-and-mortar store in 2007. Until they do, you have to continue presuming that they lied about their age. It is worth noting that they have a professional website.

The portal’s appearance immediately grabs your attention, which is good. Though, their content leaves a lot to be desired. Because it was poorly written, some people might accuse the company of proving either vague or contradictory information.

The owner is to blame. They failed to vet the content before they published it. The spelling errors alone are quite off-putting. You don’t expect to find such mistakes on a professional website. In fact, they suggest that you have an amateur on your hands.

The platform has been around for seven years. They could have fixed the errors at any point during that period. But they either failed or refused to do so, which is concerning.

Despite the appearance of their platform, they have failed to impress legitscript.com. It gave them a classification of ‘rogue’. It wasn’t moved by their business address or the long list of licensed suppliers they use.

As was mentioned above, the company uses several licensed suppliers to acquire prescription and OTC, generic, and brand name drugs, including:

Their prices are not necessarily groundbreaking. Don’t expect unrealistic price tags, bonuses, and promotions. They accept credit cards and PayPal where payments are concerned.

With deliveries, you can get your medicine in just 24 hours if you live in South Africa. Everyone else has to wait 12 days.

This internet pharmacy deserves a trust rating of 55%. It has a mix of positive and negative attributes. For instance, it has a professional website and all its reviews on trustpilot.com are excellent. It has also been around for a long time.

On the other hand, it lied about its age. The platform it uses to sell medicine is filled with incorrect or vague information along with numerous spelling and grammar errors. It has a business address that can’t be verified and its Alexa rank is low.