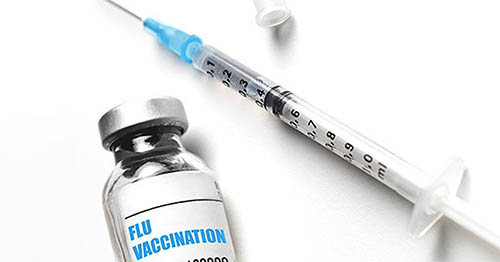 Influenza is a disease that has historically had serious problems with prevention and treatment. Currently, the flu vaccine is the only vaccine that requires annual administration. This is due to the inherent characteristics of the influenza virus, which exhibits strong antigenic drift and constantly mutates. The virus may look different every year, leaving patients no longer protected. Subsequently, influenza can have a serious health burden; for example, in the United States, there were 810,000 hospital admissions and 61,000 deaths from influenza during the 2017-2018 flu season.

The World Health Organization (WHO) and the CDC have target groups that research and predict which strains will develop next year. In the season 2019-2020. Vaccine strains have been updated to cover different variants of the H3N2 and H1N1.2 viruses. In order to change this, a study was conducted to create a vaccination that provides patients with long-term protection against influenza. 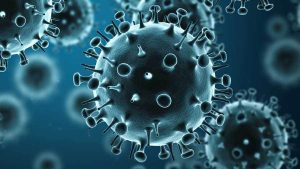 To create such a vaccine, it is necessary to overcome the inherent characteristics of a constantly mutating influenza virus. To this end, the National Institute of Health (NIH) has developed 4 goals for developing a “universal” influenza vaccine. A successful “universal” vaccine should be at least 75% effective, protect against group A and II flu viruses, have long-term protection that lasts at least 1 year, and is suitable for all age groups3. To achieve these goals. In order to develop, research is carried out in several areas.

Research began with identifying goals that are common to all strains of the influenza virus, regardless of mutations. The most promising candidate currently is Multimeric-001 (M-001), which consists of 9 different peptides that are copies of various viral proteins, including HA, which are conserved between strains of influenza A and B.5. A clinical study was published. M-001 on the human phase I / II6. A single-center, randomized, placebo-controlled, single-blind study evaluated the safety and tolerance of M-001 in 60 healthy adults aged 18-49 in Israel. 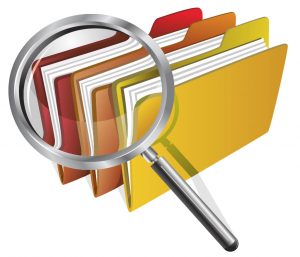 Research has shown that M-001 is safe and well tolerated. Of the reported side effects, 88.6% were mild and occurred within 72 hours after vaccination. Of the side effects that occurred, none could be associated with a specific dose or drug. As for efficiency, after the Adj M500 titer (50 times <0.05), a 50-fold increase in antibody titer after immunization was observed, and after vaccination in Adj M250 – 37 times (p≤0.05).

A phase III placebo-controlled randomized clinical trial is currently underway, and is expected to be completed by May 20205. The purpose of this trial is to evaluate the safety and clinical efficacy of M-001 as a stand-alone universal flu vaccine. M-001 is administered in 2 doses divided by 21 days. Researchers intend to register more than 9600 patients aged 50 years and older and track them up to 2 flu seasons. If this test gives positive results, it can significantly change people’s attitudes toward the flu vaccine.

In addition, another 2 universal flu vaccines are being investigated. One study focuses on the evaluation of the primary regimen for the introduction of the chimeric universal HA flu vaccine in the United States. This is a multicenter randomized controlled blind study, phase 1, in which participants will initially receive either a live attenuated influenza vaccine (LAIV), an inactivated influenza vaccine (IIV) ± adjuvant, or placebo, and then IIV ± adjuvant or placebo after 3 months. 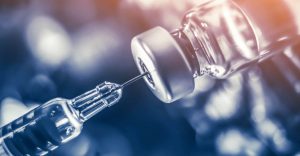 The second study is devoted to the study of the universal vaccine against influenza (Uniflu), consisting of the recombinant protein HBc-4M2eh in Russia. The Uniflu trial is a randomized, single-phase, double-blind, placebo-controlled phase 1 trial. Participants received 2 doses of Uniflu divided by 21 days and received high doses of Uniflu, low doses of Uniflu or placebo. In animal studies, 2 promising strategies have been proposed for the further development of a universal vaccine. The first strategy used the protein ferritin as an important component that can independently assemble into nanoparticles. In another strategy, 4 subtypes of protein H were combined, and it was made from non-infectious virus-like particles. Although these products have a long way to go, the results of these studies will hopefully bring us closer to a more effective way to prevent influenza before they become available for use in clinical practice.

In the past, the flu vaccine enjoyed a poor reputation among the public due to its apparent low effectiveness in overcoming the innate characteristics of the flu virus. The values ​​of a universal flu vaccine that can protect against this virus, regardless of strain, are far-reaching.

Although there are still questions about whether these studied influenza vaccines are immune to mutations and genetic drift, the results of their studies give hope that we will be able to see a true universal flu vaccine in the near future.