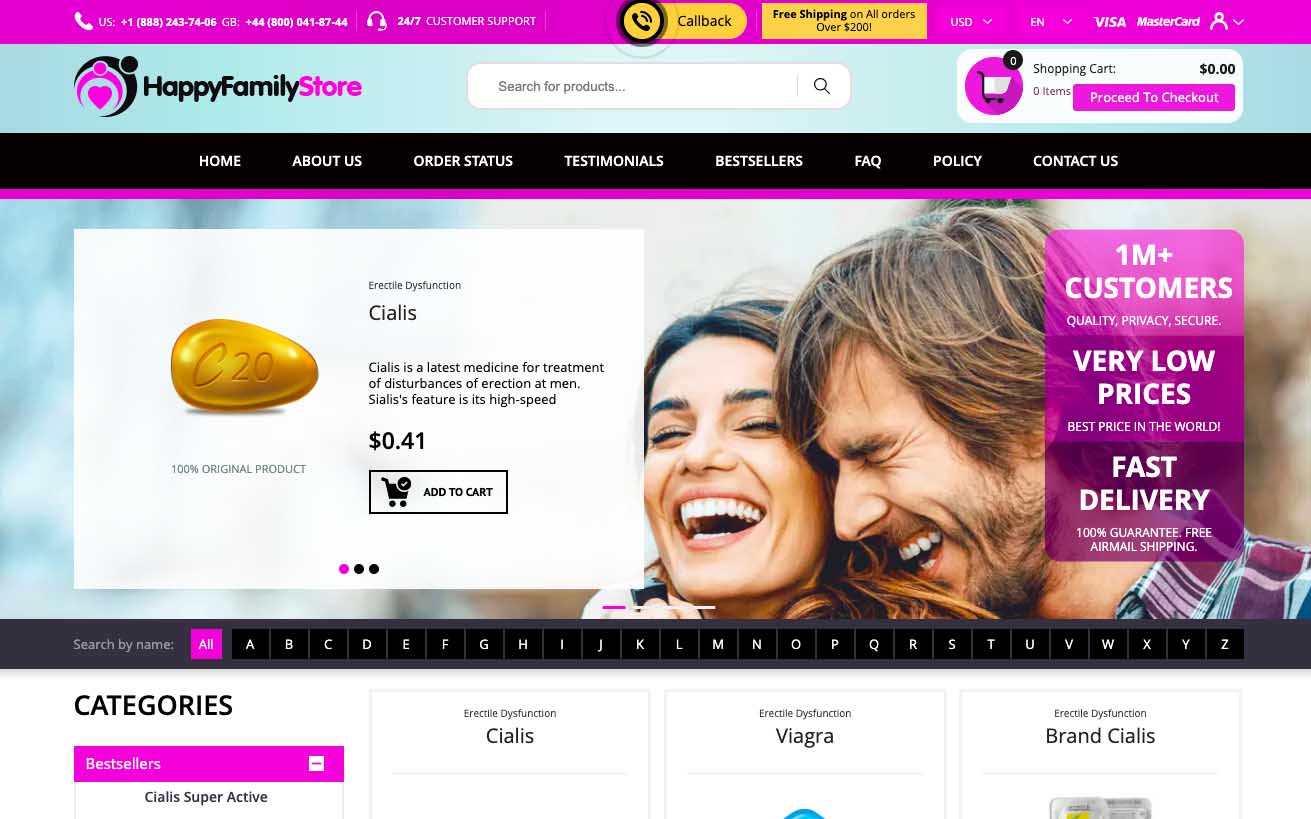 Generic24rx.com is an online drugstore that is seemingly owned by ‘Happy Family Store’, a company that is associated with various internet pharmacies. Such associations are only positive when the company in question is reputable and trustworthy. But the ‘Happy Family Store’ name tends to attract suspicion. Their connection to this site is not a good thing. 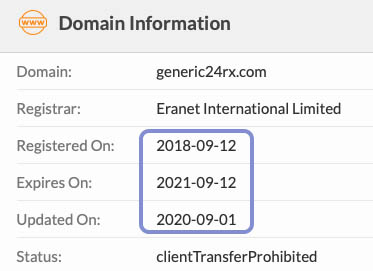 The domain was created on the 12th of September 2018. Their domain age does not encourage people to trust them because young pharmacies have a tendency to defraud consumers. People may choose to stay away from this one simply because it is so young.

That isn’t true for everyone. Some people do not care about the domain age. It is also worth noting that the website has not revealed its age, at least not on its platform. In other words, you have to make an effort to find out how old they are, and most consumers are not willing to do that kind of research.

It appreciated their valid SSL Certificate because it says a lot of good things about the security on their platform. However, that wasn’t enough to raise their scamadviser.com rating. They have over a hundred related websites, including:

The store’s biggest problem is its connection to the Happy Family Store network of pharmacies. By associating themselves with the brand, they are forced to carry all the mistrust that the network attracts. 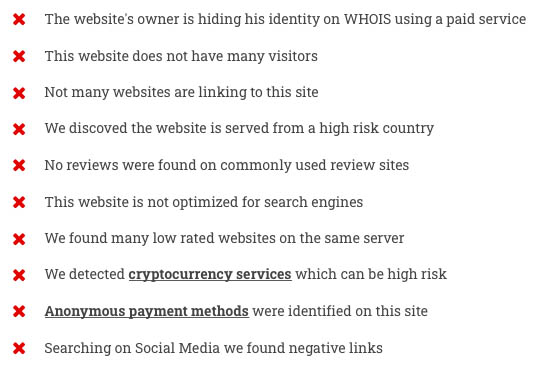 Anyone that has dealt with the pharmacies using that name knows that they have been accused of perpetrating fraud. Not only has this drugstore chosen to use their name but it also adopted their design. Anyone that has visited a Happy Family store website will recognize their color scheme when they visit this platform.

For the most part, the design is forgivable. What is unacceptable is the owner’s decision to also copy the content, which includes false promises. For instance, despite what their home page says, they do not have 1M+ customers.

Are their deliveries as fast as they claim? No one can say. They don’t have customers, or at the very least, any clients they have served in the past can’t be bothered to provide feedback regarding their experience with the internet pharmacy, which means that you have to take their word for it when they say that their deliveries are 100 percent guaranteed.

Their Alexa rank is very telling. It is low because people do not visit the site. They could argue that most of their customers use the phone numbers they have provided to contact them. However, based on the information they have provided, people have to visit their site to place orders.

And since their traffic levels are almost non-existent, you have every reason to assume that they don’t have customers.

They have failed to meet the standards set by legitscript.com, which is why it classified them as ‘rogue’. While this doesn’t prove that they are a scam, it tells you that they do not have the authorization to sell medical products in North America.

They have a lot of sexual supplements in their catalog. Most of those supplements are targeted towards men. Young pharmacies that primarily sell male enhancers are often trustworthy. This one has failed to reveal the source of its drugs, which makes them even more difficult to trust.

They accept payments that are made by electronic checks, MasterCard, and Visa. They can also process crypto-transfers. Though, their decision to offer crypto-transfers has made them even more suspicious in the eyes of some people.

They make deliveries using EMS and Airmail. Their prices are as cheap as they claim. But you have to ask yourself whether you are willing to trust their drugs.

They have been tainted by their connection to a suspicious network of pharmacies, which is why their trust rating is only 15% trust.