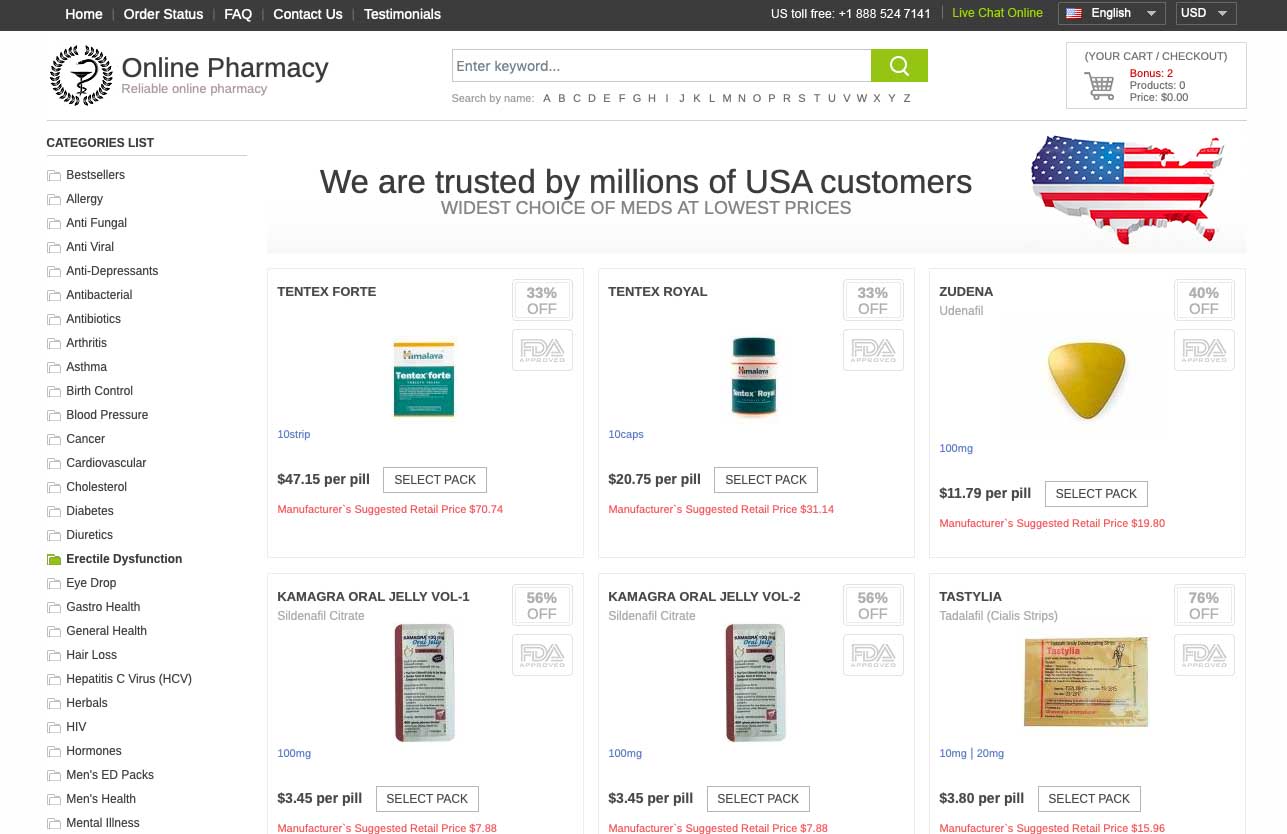 Globmedcent.com is an internet pharmacy that talks a big game. For instance, they mention on their platform that they are a trusted source of generic and brand name pills. But it is definitely an exaggeration for the store to suggest that anyone trusts them. They have also stated that they use reliable manufacturers to acquire the products they sell. But that another lie. In fact, very little of what they say is true. And even if that isn’t the case, they can’t prove anything, which means that you have no choice but to assume that their claims are lies.

Their domain age is abysmal The website was created on the 10th of October 2020. At the time that this was written, that was less than two months ago. You cannot afford to put your trust in a website that has such a weak domain age. 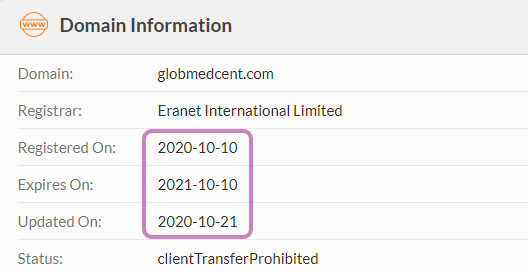 If the domain age is bad, their scamadviser.com rating is worse. It is a measly 1 percent. Scamadviser only assigns such ratings to stores if it is convinced that they are scams. It wasn’t impressed by the presence of an SSL Certificate on this website.

It was far too busy taking note of the anonymity of their owner, not to mention the lack of search engine optimization, and the many websites with low reviews that appear on the same server that hosts this pharmacy.

As was mentioned above, this store claims to connect customers to trusted sources of medicine. But no one believes that claim. The problem isn’t the claim itself but, rather, where it was made. This claim appears on the company’s ‘About Us’ page.

Unfortunately, that same ‘About US’ page appears on the platforms of a wide variety of online drugstores. In other words, everything the pharmacy has said about its operations and products was copied from other online resources.

This is why you are better off dismissing everything they say as a lie. Even when they tell the truth, they cannot prove it. By replicating another drugstore’s content, they have shown all their consumers that they can’t be trusted.

It should be noted that the rest of their website has the same problem. They copied everything, not just the content but the layout, structure, and even the images. This partly explains the owner’s decision to hide his identity. He doesn’t want to associate his name with a store that is clearly a scam.

More than likely, he also owns multiple internet pharmacies and they all have the same issues. Even though the website turns out to be legit, it will have a difficult time making its case.

Legitscript.com is not impressed by this pharmacy, which is why it calls them ‘rogue’. Other regulatory bodies have also dismissed the site. Many of them haven’t even taken note of the company’s existence.

This makes them very dangerous because they are basically operating without any accountability. They do not have any oversight. If you do business with them, you should know that your transactions are not protected in any way. They can do whatever they want without worrying about reprisals from regulatory agencies.

Even if you report them, they can just disappear. The owner can close this site and open another one at a moment’s notice. You won’t find him.

Their catalog would be impressive if it was real. It includes medicine for:

Their products are a mixture of generic and brand name items. But again, their catalog is probably not real. You have no reason to assume that they source and sell real medicine.

They have such low price tags that it cements the suspicion that their drugs are either not real or counterfeit. Otherwise, they have the cheapest products around.

If they have convinced you to buy from them, they accept credit cards and electronic checks. They will use either EMS or courier service to deliver their products.

Like everything else on their site, the reviews they have published are fake. You shouldn’t pay any attention to them.

So much of what this site says can’t be trusted. For that reason, it gets a rating of 25% of trust.