Home » Reviews » Healthcare-24h.com Reviews – Run Away From This One 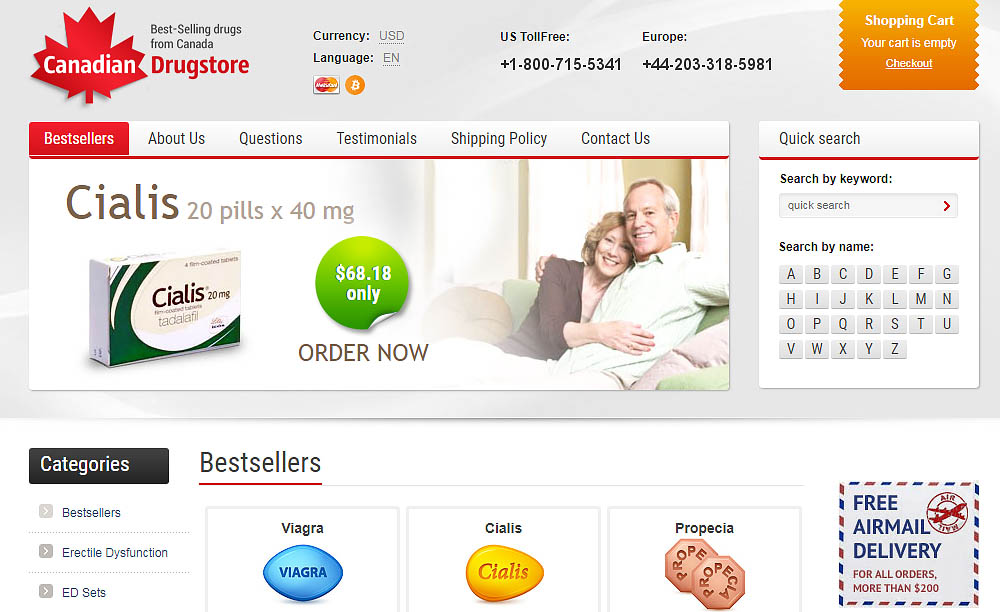 Healthcare-24h.com is a relatively recent addition to the pharmaceutical landscape. They supposedly sell a wide variety of products, using the internet to reach customers from all corners of the globe. They immediately catch your eye because their website features the Canadian flag. They have the Canadian name in their brand. This makes you think that they are connected to the country in some way. But all the evidence suggests that this is not true. So you should proceed carefully. 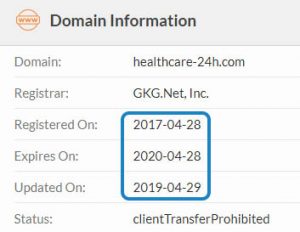 The domain was created on the 28th of April 2017. This makes the company 2-years-old, at least as of this moment. They will obviously get older as the years pass, presuming they survive that long. But as of this moment, they have two years of experience under their belt.

This, on its own, is a bad thing because you have to suspect them of being a scam. You have no choice in this matter. The younger an internet pharmacy happens to be, the higher the chances that they might be a scam. But the company’s situation is made worse by the fact that it has chosen to lie on its official platform. It claims to be seven-years-old. As you know now, that isn’t true. This gives you a reason to assume that they are lying about every other aspect of their operations.

Things look even worse for the platform under this section because their domain’s set up is associated with several countries including Canada and the US, not to mention Russia. Any drugstore with a connection to Russia is inherently suspicious because the country produces so many scams.

Despite this discrepancy, scamadviser.com gave them a trust rating of 95 percent. But don’t let that fool you into thinking that this pharmacy is legit. You have to assume that it is just a mirror site. After all, it shares its design and theme with so many other websites, including:

There are over thirty portals on its server. But it is fairly commonplace for small drugstores to share servers with other websites to save on hosting costs.

The company is owned by Europharm Group, a business entity that owns several online drugstores. All Europharm Group pharmacies on the internet share the same business address. You can see it on this site’s contact page which gives you a reason to mistrust it.

Europharm Group has a reputation for associating with rogue medical websites. So anything that has their name on it should be approached cautiously. The platform they use to sell medicine is lacking. It isn’t ugly but it doesn’t look professional either. As was mentioned above, it shares its aesthetic with several websites which is never a good sign.

It suggests that you are dealing with one internet pharmacy is a network of pharmacies. Online pharmaceutical networks tend to peddle counterfeit medicine.

This is a rogue internet pharmacy that isn’t recognized by Legitscript.com or CIPA, the two organizations that monitor online medical stores in the US and Canada.

If this drugstore operates out of either Canada or the US as it claims, it is doing so illegally.

Any drug that is sold by a traditional pharmacy is also available here. At least, every common drug appears in the site’s catalog. But that doesn’t mean they actually sell it. All the promotional material on the platform suggests that they only care about pills used to treat sexual illnesses.

Prescriptions are not an issue. You can request for any generic or brand name product you desire.

The prices on the platform are heavily subsidized. But don’t let that fool you into buying medicine from them. They haven’t provided a satisfying reason explaining why their drugs are so cheap. So you have to assume that they are not the highest quality.

If you have chosen to buy pills from them despite their suspicious behavior, you are going to require E-Checks and Credit Cards. These are the payment methods they accept. With deliveries, you have the option of EMS Shipping or Registered Airmail. The cost of shipping will depend on the method used.

All the customer feedback on this site appears on other Europharm Group stores. So the reviews are not genuine. 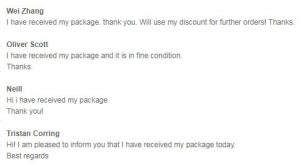 This internet pharmacy earns a trust rating of 20%. It looks like every suspicious Europharm Group medical store you have ever seen.