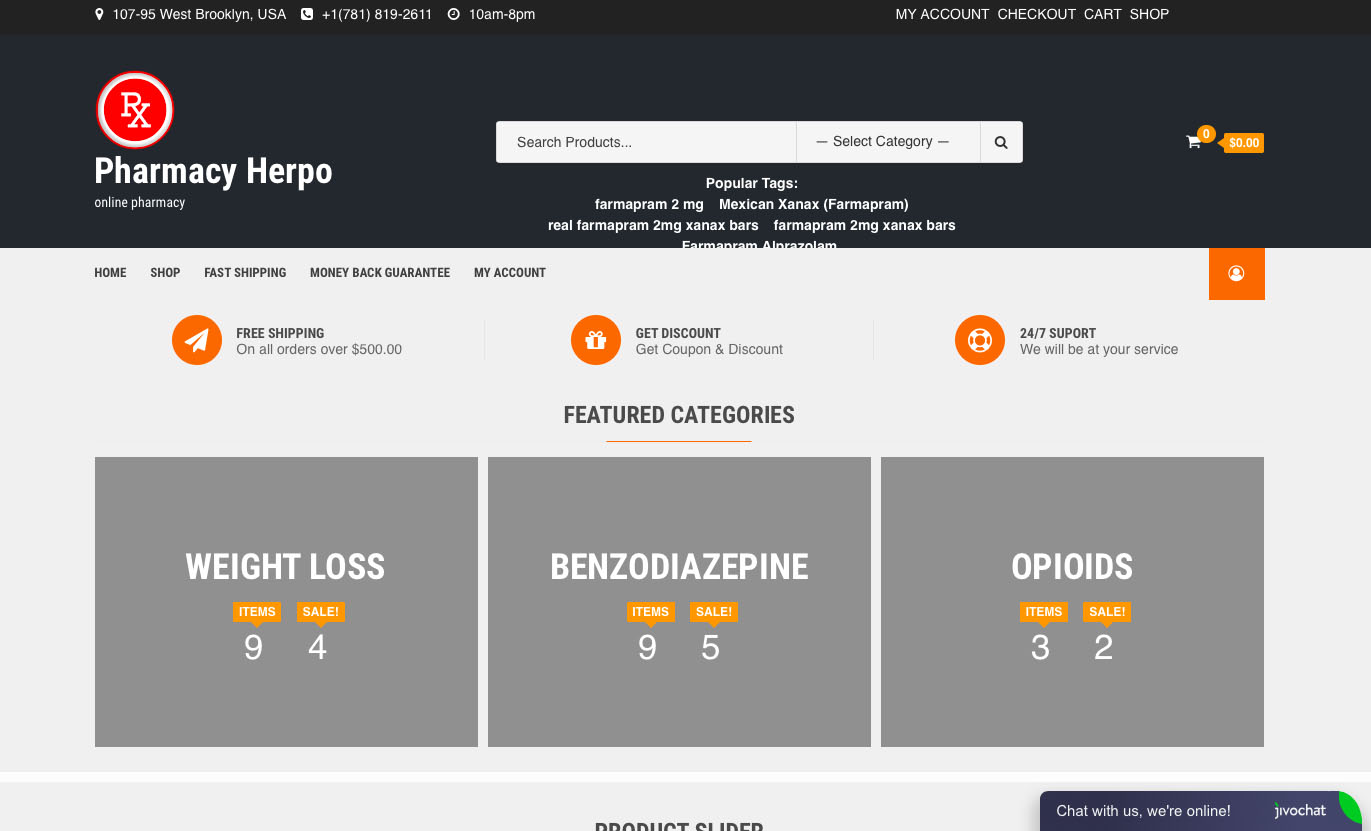 Is herpopharmacy.com legit? The site won’t tell you. Most drugstores of this nature go to great lengths to boast about their authenticity. This one doesn’t do that. That sounds like a good thing until you realize that it actually doesn’t tell you anything. It expects you to piece things together on your own. That lack of transparency is a problem.

The domain isn’t anything special, having been created on the 14th of December 2019. It isn’t the youngest domain around. However, it is young enough to raise suspicions.

If you think that the store bears a striking resemblance to Farmapram.com, you’re not the only one. In fact, they were created on the same day, which is why no one would be surprised if it was revealed that the two are owned by the same person.

The site is probably a scam. People on scamadviser.com have reported it for perpetrating what could be perceived as fraudulent behavior. That should encourage you to approach them with greater care. 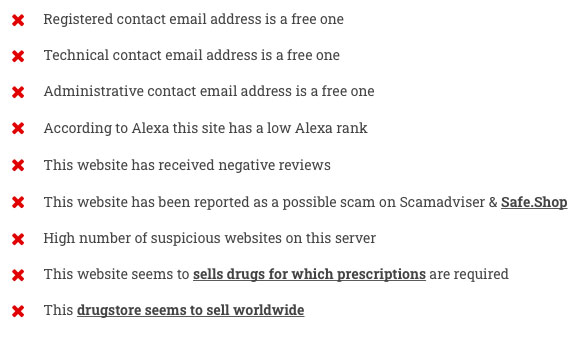 Their server doesn’t inspire trust. This is because it hosts several shady websites. Any store that shares a server with shady websites is often dismissed for being equally shady. This one is bound to suffer the same fate once its customers realize that it is connected to so many fraudulent sites.

Of course, it is somewhat premature to assume that they have customers. After all, their Alexa rank is very low. The platform receives very little traffic. They cannot blame it on the fact that they are young.

There are plenty of 1-year-old drugstores on the internet that have strong Alexa ranks. This one has failed to gain traction in the pharmaceutical field because it hasn’t given consumers any reason to believe that they are reliable or legitimate.

Their website wasn’t designed using the same generic template that most medical scams use. But it is very basic in its appearance. Even though it was built nearly two years ago as of this moment, it still looks incomplete.

Some of the web pages don’t have information. Others have insufficient information. Overall, the platform does a poor job of explaining where it comes from and what it does. It also bears all the hallmarks of a referral service.

Some of the data hints at the possibility that they probably hail from the United States. But that is a guess at the moment. It shouldn’t be. Most legit drugstores have very clear profiles that reveal who they are, where they come from. what they do, and the credentials of the people that work for them.

Like Farmapram.com, this one was given a ‘rogue’ classification by legitscript.com. If it is truly from the United States, none of the organizations in North America have authorized them to dispense drugs.

They sell products within the categories of:

They have a tiny catalog that only caters to a small section of the market. You cannot rely on them to meet your basic healthcare needs.

They offer a money-back guarantee for people that are not satisfied with the packages they have received. But you have to return the drugs within ten days to get your refund. This is suspicious because genuine pharmacies are legally prohibited from receiving drugs that have been returned by customers.

They don’t have reviews and testimonials. Most scams have reviews on their platforms. But this one doesn’t have anything, suggesting that they haven’t yet secured a single customer.

Considering all their weaknesses, including their incomplete website and missing business address, you have to give the internet pharmacy a rating of 30% trust.