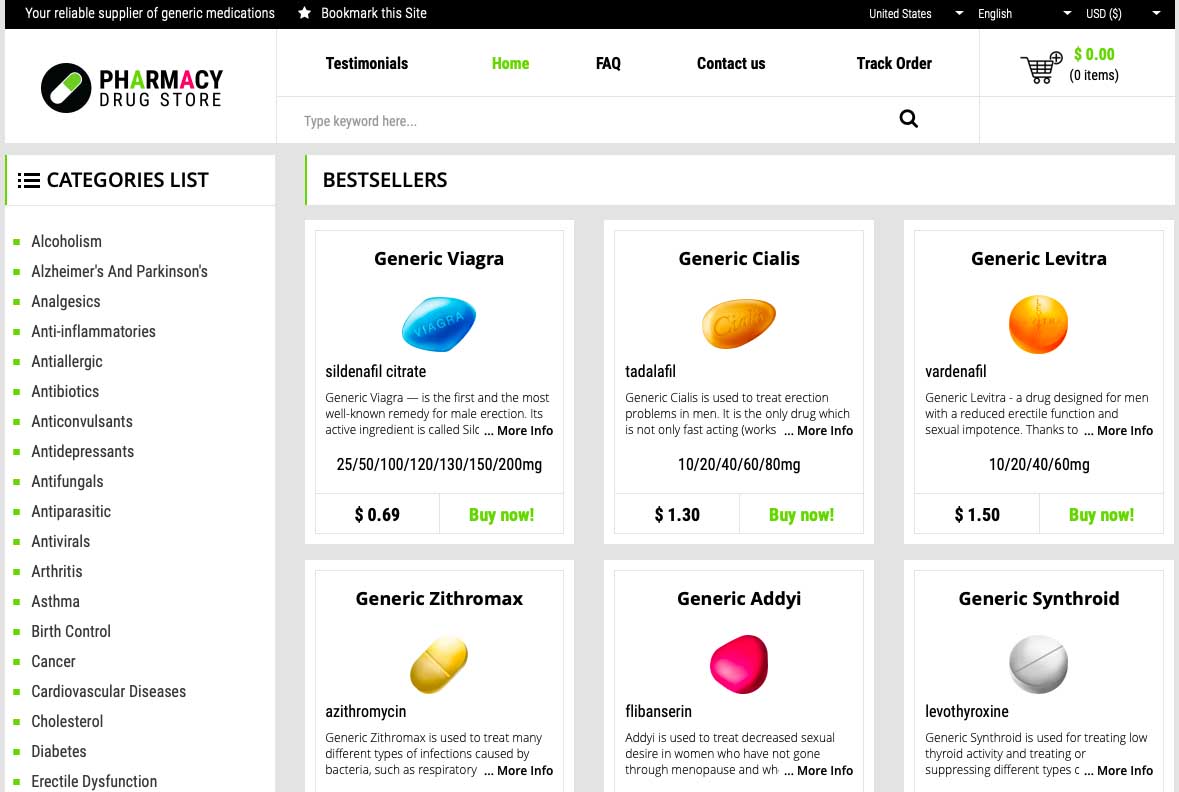 Igohealth365.com is an online referral service with possible ties to the United States. They promise 24/7 online support, free shipping, and bonuses for people that make large purchases. While all these attributes are attractive, they hide the drugstore’s shady operations.

The store is less than a year old at the moment. The domain was created on the 20th of November 2020. They are so young that some consumers won’t be comfortable buying medicine from them.

For the moment, it doesn’t look like they have any related websites. Scamadviser.com gave them a rating of 90 percent, which they do not deserve.

The resource gave them the rating because of their valid SSL Certificate. But their owner is still anonymous. Scamadviser.com also took note of their young domain age, though it wasn’t enough to lower their rating.

The owner made a big mistake when he claimed on the ‘About US’ page that the internet pharmacy had been around for twelve years. This is a lie and it is very easy to disapprove, which is why the site has lost so many points.

Even though scamadviser.com’s information suggests that they might be American, they have claimed India as their country of origin. Or at the very least, it is the country from which they operate. This doesn’t help their situation.

First of all, the confusion surrounding their location makes them look suspicious. Secondly, they have failed to provide any evidence proving that they are a legal business in India.

None of the organizations in India that accredit legal businesses have heard of them. They may argue that they are merely a website and that their parent company is a legal entity with all the relevant licenses.

But the owner hasn’t made this claim, and neither have they attempted to explain the lie they told regarding their age. As was noted before, the owner is anonymous, which means that you cannot ask them to explain their dishonesty.

Ad-scams.com has found that their Alexa rank is zero. This shows you that people do not visit the platform. They have not attracted enough traffic to receive a rank. Platforms that people avoid should scare you. Either they have perpetrated fraud in the past, in which case, people are too afraid to transact with them, or they have failed to gain any visibility on the internet, in which case, no one has put their products and services to the test. Therefore, you don’t have a reason to trust them.

If that hasn’t repelled you yet, it is worth reiterating the fact that they are a referral service, not a pharmacy. They revealed this when they admitted that the drugs they sold were shipped directly from India. In other words, they don’t have the drugs they sell in their stores. They rely on other firms to send consumers the medicine they have ordered.

But the companies that supply the medicine are as big of a mystery as the owner of this platform. You have no reason to trust the quality of their medicine.

They offer cheaper generic versions of branded drugs, including:

They do not require prescriptions. Some of the drugs they supply may differ in appearance from what you expect because the supplier has changed. They also want consumers to realize that their generic pills will differ externally from the branded versions.

They accept credit card payments. They will charge your card the moment you submit your request for medicine.

They use Standard and Express International Mail, with the fee ranging from ten to thirty dollars. You can only cancel your order within 24 hours of submitting it.

The reviews are ridiculous because they are fake, which is why most of the supposed customers have nothing but good things to say about this shop.

The pharmaceutical site looks almost legit. But everything it has said so far is a lie, which is why you shouldn’t trust it. The shop earns a rating of 20% trust.