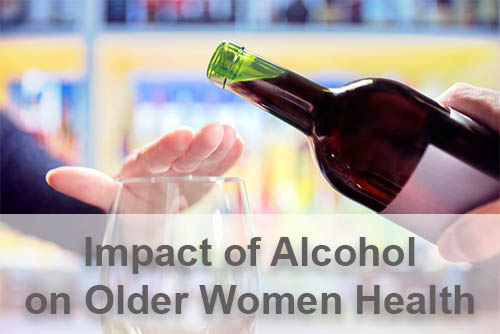 Although men usually consume more alcohol than women, health problems caused by alcohol use are more serious in older women than in men, due to genetic differences. Older people are more likely to have health problems related to alcohol use, such as chronic diseases and negative medical interactions. However, medical professionals tend to neglect the alcohol problems of older women due to bias and difficulty in starting a conversation. 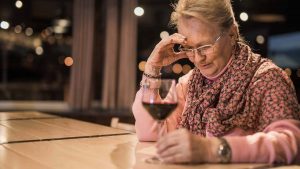 Researchers catalogued alcohol consumption by all participants as alcoholic, moderate, or no alcohol, and concluded that among older women aged 50 to 64, 5 risk factors increased the likelihood of problematic alcohol use: African-American or Hispanic race, low income, less education, unmarried – widowed, divorced, separated, excellent or good health. These results are consistent with the results of studies in young women who use alcohol.

The study involved 21,535 participants aged 50 and older from the National survey of drug use and health conducted in 2012-2016. The Authors excluded 537 participants who missed 1 or more survey responses, resulting in a final analytical sample of 21,178 participants.

The most unexpected result, according to the researchers, was the high prevalence of problem alcohol consumption among an elderly Hispanic woman. This finding suggests that more research is needed on this demographic situation to fully understand how acculturation shapes the structure of alcohol consumption. 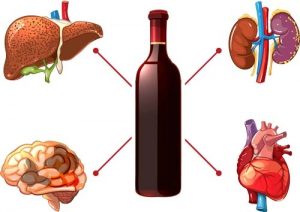 As for pharmacists, alcohol consumed interacts with many medications, and patients may not honestly report their alcohol consumption. The researchers concluded that alcohol can interact pharmacokinetically and pharmacodynamically with prescription drugs and over-the-counter medications. The level of alcohol in the blood can be increased to a dangerous degree if patients take H2-receptor blockers or aspirin that blocks the activity of the ADH enzyme.

In addition, patients with chronic alcohol consumption problems may develop hepatotoxicity if they take acetaminophen for pain relief. Even when patients realize that drinking alcohol causes liver damage and stop drinking, the risk remains elevated. Abrupt cessation of alcohol use can cause an unconditioned CYP2E1-mediated acetaminophen metabolism and subsequent liver damage. 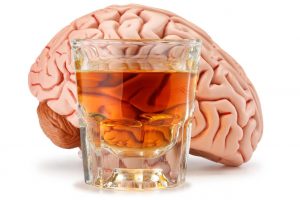 Alcohol also interacts with cephalosporins, metronidazole, sulfonamides, isoniazide, certain antifungal agents, and sulfonylureas. Increases the depressant activity of the Central nervous system of many drugs. When used with nitrites, this may cause orthostatic hypotension. And the risk of gastrointestinal bleeding increases when people consume alcohol with NSAIDs.

The research team suggests that more research is needed to better understand the use of alcohol by older women in various racial and ethnic minorities.