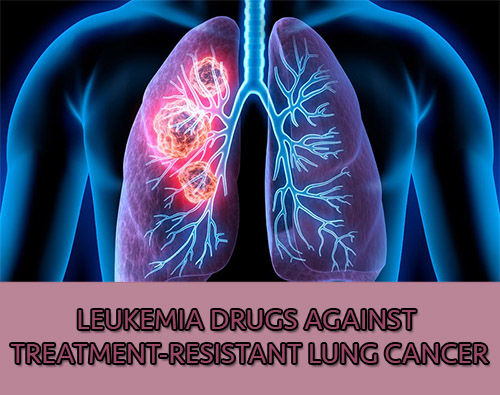 According to a new study in Nature Chemical Biology, two recently approved drugs for treating leukemia may be credited for treating resistant lung cancer. Clinical trials are expected to begin in Toronto, Canada, and Zagreb, Croatia, later this year to evaluate 1 of them.

The study was performed using a new live cell-based method for identifying small molecules that target specific mutations in cancer cells, developed by researchers at the Donnelly center for cell and biomolecular research.

Lung cancer is the leading cause of cancer death in the world, and non-small cell lung cancer is the most common type of disease, with about one-fifth of cases in North America caused by EGFR mutations.

There are dozens of approved kinase inhibitor drugs that target specific mutations in the catalytic domain of the receptor, but tumors quickly acquire new mutations and become resistant to drugs. One-third of lung cancer patients receiving Osimertinib, the last drug approved in 2017 against the double EGFR mutant, will develop a treatment-resistant c797s mutation within 6-9 months. 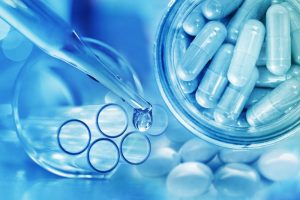 Researchers have developed a method for targeting mutations that occur in response to treatment by testing potential drug molecules directly in living cells, called mammalian membrane 2-hybrid drug screening (MaMTH-DS). The method identifies drug candidates that both enter cells and act on receptors in their natural environment.

In addition, MaMTH-DS allows you to identify drug molecules that target not only the kinase activity of the receptor, but also its interaction with other cellular proteins.

In a study dedicated to proving the principle, the research team looked for small molecules that can target the resistant c797s mutation in the triple EGFR mutant. Screening of nearly 3,000 molecules revealed 4 promising compounds that did not affect the normal receptor. 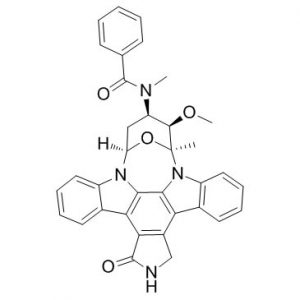 In addition to Midostaurin and Gilteritinib, the study also identified 2 more promising molecules. One of these molecules, EMI1, acts against the mutant EGFR by directing the receptor to degrade using other molecular mechanisms. The researchers noted that a more complex mechanism of action of EMI1 will make it difficult to develop resistance to tumors.

The research team is working to create an improved version of the EMI1 molecule so that its ability to shrink tumors can be evaluated in cancer models and, ultimately, in patients.