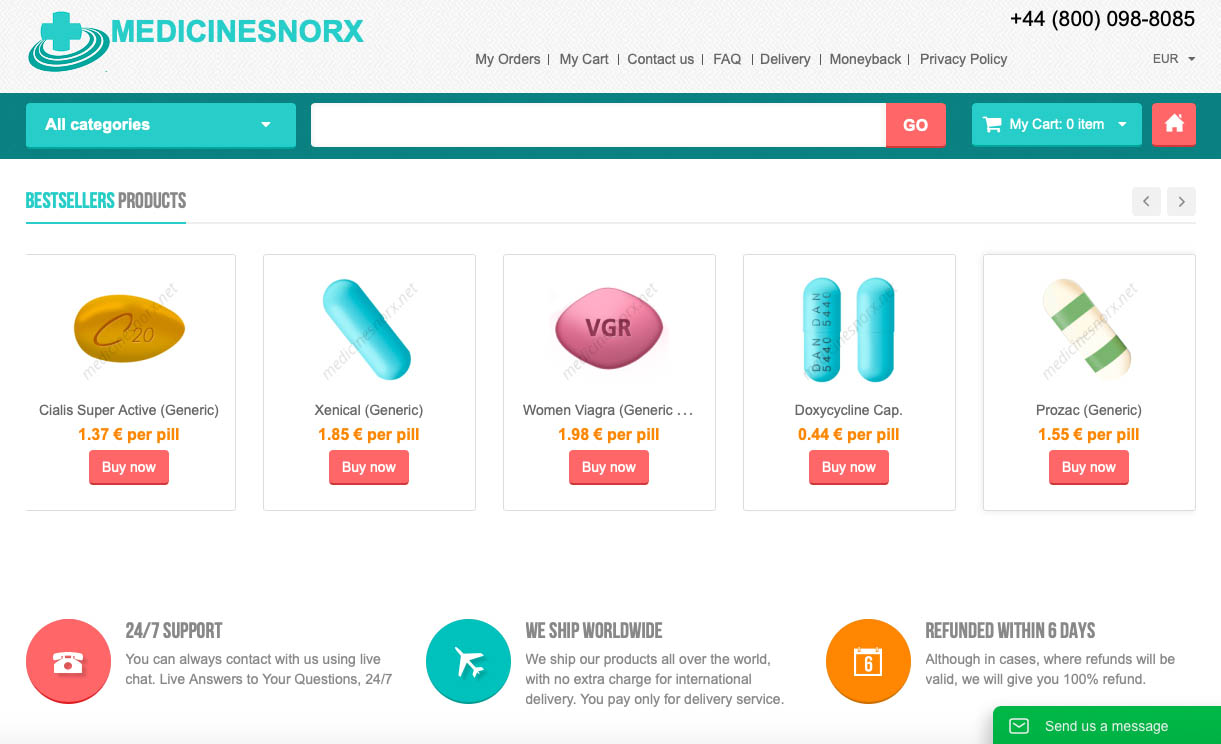 Medicinesnorx.net is a mysterious medical store that sells its products over the internet. People call it mysterious because no one knows anything concrete about it. This is despite the fact that it keeps making exaggerated claims about its origins and the scope of its operations. It is possible that the website is as successful and wide-ranging as it claims. But you are supposed to judge internet pharmacies based on what you can prove. As of this moment, none of the claims made by this store can be proven. 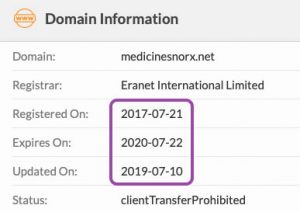 This domain was created on the 21st of July 2017. That was almost three years ago. Most other fields would commend a company for remaining operational for three years. However, in the internet pharmaceutical arena, three years is too short.

A three-year-old internet pharmacy cannot be trusted. There is a strong chance that it might be a scam.

Scamadviser.com hasn’t necessarily concluded that they are a scam. It gave them a rating of 51 percent. While that is a low figure, it is not necessarily bad. It would be more accurate to call the rating mediocre.

That doesn’t prove anything. On the other hand, the site’s setup involved three countries. Not only is that suspicious behavior but one of those countries is the Russian Federation, a high-risk nation that has a reputation for peddling online scams.

Once you add the low scamadviser.com rating to the Russian association, it becomes so much easier to dismiss this store for being fraudulent. It shares its server with nearly a hundred other portals, including:

The fact that so many of these websites have low scamadviser.com ratings is even more damning for the internet pharmacy. It cannot claim to operate legally when it is surrounded by illegitimate online platforms. 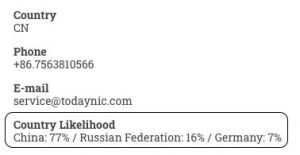 Even though the domain’s setup involved three countries, including the US, Russia, and China, you can assume that the website is Chinese. After all, the company that owns it is Chinese. The company has been traced back to an address in Zhuhai in China.

This is not necessarily the business address. The pharmacy does not have a verifiable business address. This is another damning aspect of its existence. Some people might argue that this platform is being dismissed as a scam when it is simply incompetent as is the case with so many online stores. 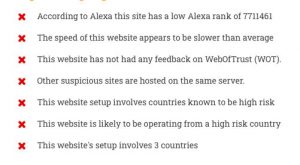 That makes sense. Not all the bad pharmacies on the internet are out to steal your money and financial information. Some of them are merely poorly managed. However, this store cannot use that defense. This is because it claims on its platform that it started operating in 1992. That was over two decades ago.

And yet their domain age proves that they are less than three years old. That is a clear lie. Incompetent websites do not lie. You only see this behavior in scams and that is what this company is. There is no other way to classify it.

Legitscript.com agrees with scamadviser.com that this store is not legit. This is why it classified them as ‘rogue’. They do not meet any of the standards required to qualify as a certified internet pharmacy.

The store does not specialize in any particular field. It sells most of the common medications. No one can identify the company’s suppliers. This is another worrying facet of its operations. If you don’t know where the medicine comes from, you cannot prove that it is genuine.

If the site is to be believed, its products are so cheap that you can save as much as 15 percent when you buy drugs from them. These prices are more reasonable than expected. Scams are normally quite eager to promise ridiculous savings. Shipping takes a maximum of 14 days and it will cost you nearly $30.

Even though the medical store has been around for three years, it does not have any customer reviews and testimonials. You see this in online companies that have not done any business with real customers.

This online pharmacy earns a trust rating of 20% of trust, It fails to satisfy the suspicions of its customers. It has no evidence to prove that it is anything but a scam.