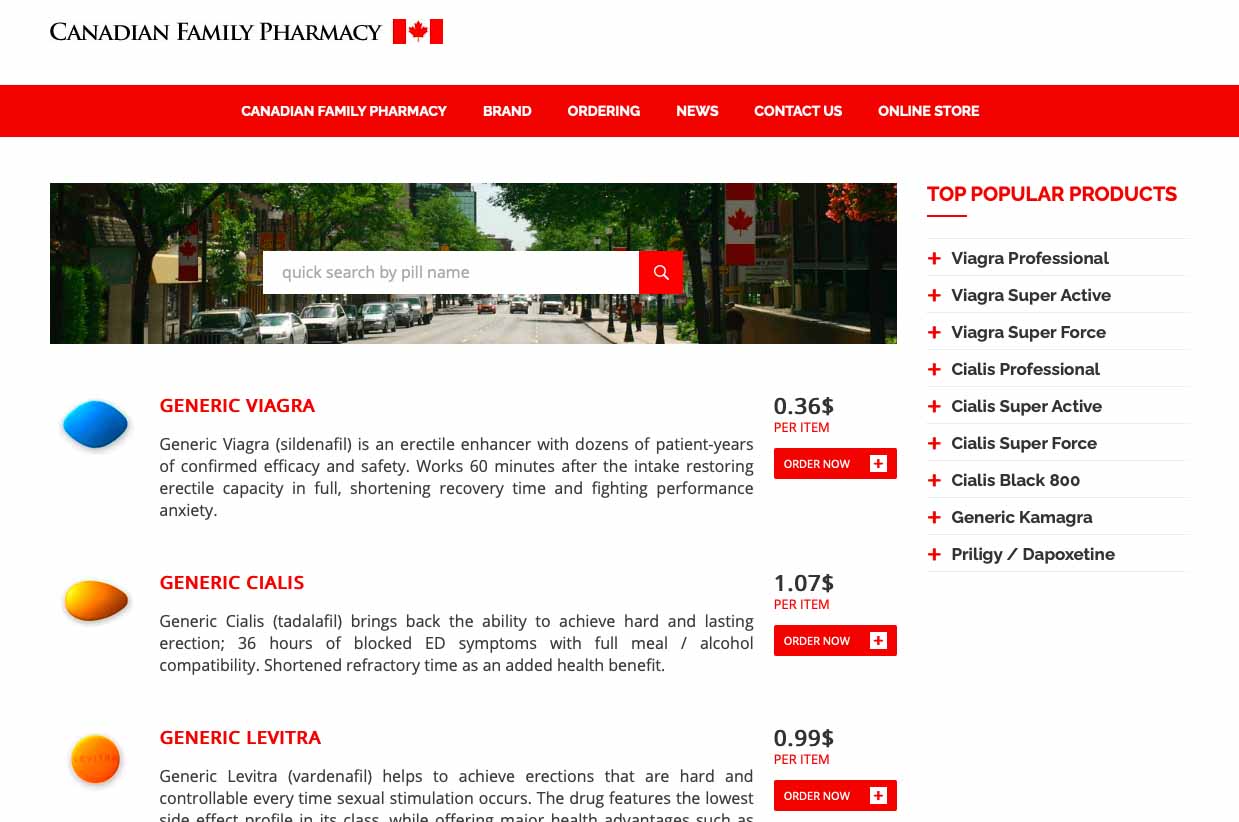 People are more likely to buy medicine from mycanadianfamilypharmacy.com because it has business and domain names that include the word ‘Canada’. That word has a lot of capital. Its presence immediately compels people to trust the drugstore in question. Unfortunately, because people trust Canadian pharmacies, scammers have started to take advantage of that trust by pretending to originate from Canada. They keep doing this because they don’t expect the average consumer to investigate a company’s origins to determine whether or not their claims are true. If you haven’t guessed yet, this is one such drugstore. Everything from their name to their logo is meant to suggest that they are associated with Canada. But that couldn’t be further from the truth. 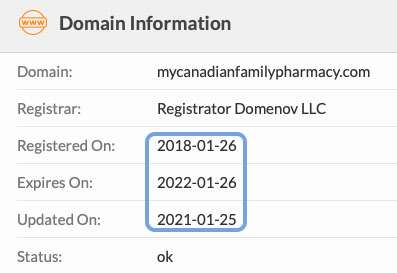 Their primary weakness is the domain age. Because they were created on the 26th of January 2018, they are just two years old at the moment, a factor that wouldn’t be that damning if they hadn’t gone ahead and told everyone that they opened their doors fifteen years ago.

Online pharmacies have to start somewhere. If a legit site created its domain today, it would be young. But that wouldn’t make it any less trustworthy. This store falls apart because it lied. That is a characteristic of a scam.

Scamadviser.com has a long list of grievances against them, including their low Alexa rank, poor optimization, high-risk origins, and the anonymity of their owner. Because of all those factors, it kept their trust score at 1 percent.

Even if you are new to scamadviser.com, you don’t need anyone to tell you that 1 percent is a very low score. It is typically assigned to the most fraudulent portals on the internet, of which this is one.

If you had to give the company one compliment, you would target it towards their website. It is attractive. This can’t be denied. It isn’t that difficult to understand why some people would choose to buy drugs from them.

They look just as professional as their older, more legitimate counterparts. Of course, looks are not enough to save the store. As you might expect, their content makes all the appropriate promises. They have made several guarantees that haven’t been backed by tangible evidence.

This is a common attribute among scams. They won’t hesitate to make exaggerated claims about what they do. But they won’t make any effort to support those claims with proof. The lie they told about their age isn’t the company’s only damning attribute.

Not only have they lied about their association with Canada but their online activities have been traced to Russia, a nation that is always perpetrating scams. You could argue that Russia has produced several legitimate websites over the years.

However, this platform has one more element working against it. It is hosted by a server that is inundated with suspicious sites. You do not expect to find legal and authentic drugstores in the company of scams.

The organization can explain away most of the other weaknesses in its profile. But they cannot excuse the absence of proper CIPA accreditation. This is the one attribute that every legal Canadian medical shop has.

The absence of CIPA accreditation is a clear sign that a particular portal is not Canadian. Legitscript.com concurs with that conclusion, which is why it gave the pharmacy a ‘rogue’ classification.

The company’s bread and butter are male supplements. They have a variety of brands. But despite what they claim, they don’t seem to offer any other medical products. They primarily attract people that want sexual enhancers.

In an ideal situation, people would have praised their prices. This is because they are so low. Consumers can save up to 90 percent on their purchases. But those price tags are not as impressive once you realize that you cannot determine the quality of their drugs.

You can pay with:

This is where the lies surrounding their age fall apart. They don’t have third-party reviews despite their claim that they have been around for 15 years.

This is a 20% of trust internet pharmacy that is most likely designed to defraud people. Their Russian roots and the lies about their age prove as much.