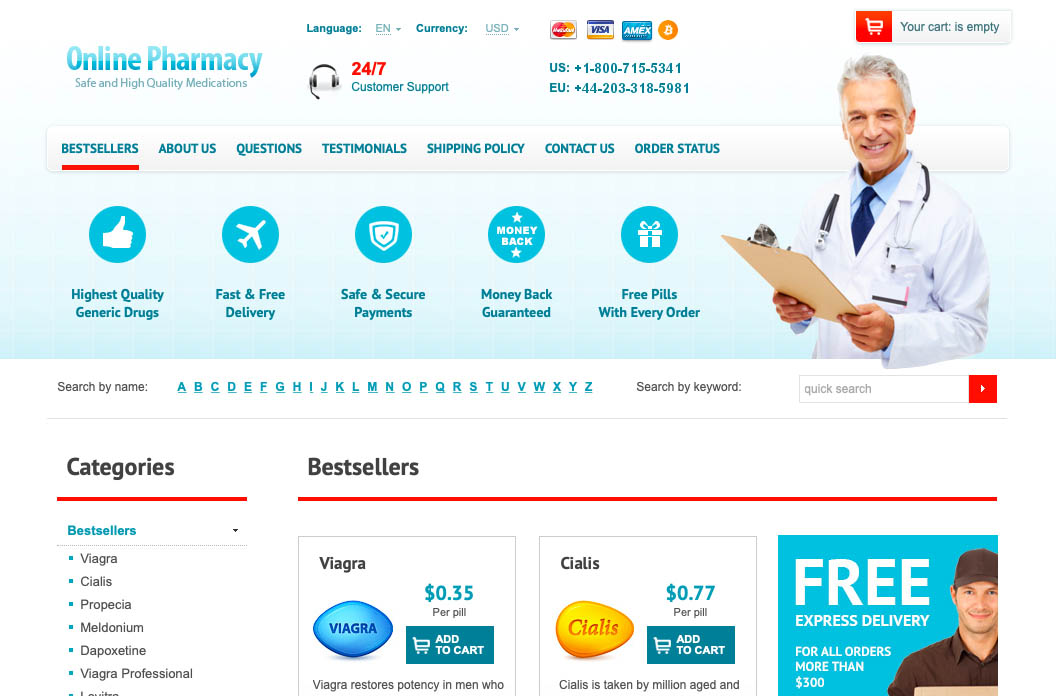 Mypharmacy-online.com is one of those pharmacies that will make you regret it if you buy any medicine from them. They don’t look trustworthy at all. If you have purchased drugs from the internet before, you have most likely encountered websites that look just like this one. In fact, you are probably wondering whether this site is connected to all those other platforms that share its design. That is a possibility. It is also possible that the owner of this site copied the design because they couldn’t be bothered to hire a professional web designer to build a unique platform for their business. Either way, they haven’t done anything to make consumers believe that they can be trusted. If you are tempted to buy their medicine because it is so cheap, you should know that their products are most likely counterfeit. 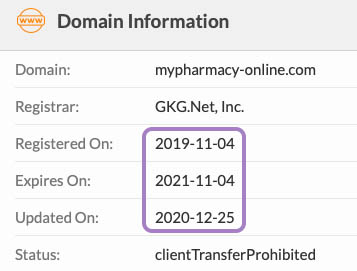 The domain was created less than two years ago on the 4th of November 2019. You don’t need experience in this field to realize that a drugstore this young is very dangerous. Scams always use youthful websites to trick and defraud their victims.

If you are thinking about giving the company the benefit of the doubt despite its domain age, it is worth pointing out that they lied about their age. Rather than admitting that they are less than two years old at the moment, their ‘About Us’ page claims that they are seven. Such a blatant lie shows that they are up to no good.

They have quite a few mirror sites including rxstore-36h.com, 24×7-worldstorerx.com, and 365worldstorerxs.com. Their scamadviser.com rating is 1 percent. Their decision to use a generic template has ruined their reputation because most of the sites that share their design are fraudulent.

People have no way of separating them from all the drugstores that look like them. Even if their design wasn’t such an issue, they have a litany of additional problems, including the absence of a valid SSL Certificate, low Alexa rank, and their connection to a high-risk country.

If you are to believe this pharmacy’s claims, it comes from the Czech Republic. Though, the chances of that claim being true are quite low. You don’t have any reason to believe them because they have published the same business address that hundreds of other online drugstores have utilized.

All these sites couldn’t possibly share the same office space. Then again, the platform has identified itself as a member of the Europharm Group. It would make some sense for the members of a pharmaceutical network to use the same business address.

Though, that doesn’t necessarily prove that this store is legit. After all, the Europharm Group is primarily associated with medical scams. The owner should have hidden this portal’s connection to the organization. Clearly, he did not realize that the reputation of the Europharm Group had been tarnished.

Legitscript.com has given them a rogue classification. This isn’t surprising. The resource would never endorse a store that doesn’t have a valid SSL Certificate.

They have most of the common drugs in their catalog, including: 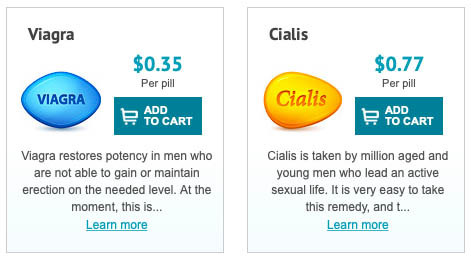 If you take a closer look at their catalog, you will notice that it has a lot of male supplements which is a red flag because most of the online stores that specialize in male supplements have very poor reputations.

This one already lied about its age. You can assume that it is also lying when it claims that the products in its catalog are of the highest quality. The site has tried to assuage some of its detractors by emphasizing the fact that it has physicians on hand that review orders to ensure that they are appropriate. However, as was noted before, they already lied about their age. They are probably lying about the physicians as well.

They only process orders after a customer makes a successful payment using either electronic checks or bank cards. Their prices are very low but they cannot prove that their products are genuine. So their friendly price tags are meaningless.

They use EMS Courier Delivery and Airmail to ship packages to customers.

Their platform is full of fake customer reviews that cement the suspicion that they are shady and fraudulent. 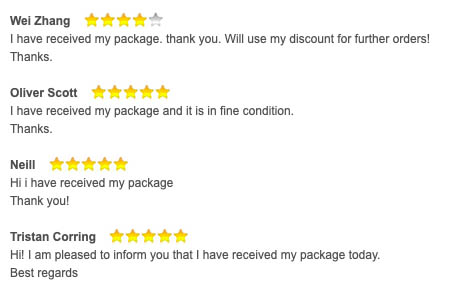 This medical store has too many factors working against it, including a series of fake reviews, a poor scamadviser.com rating, and a rogue classification from legitscript.com, which is why it gets 20% of trust.