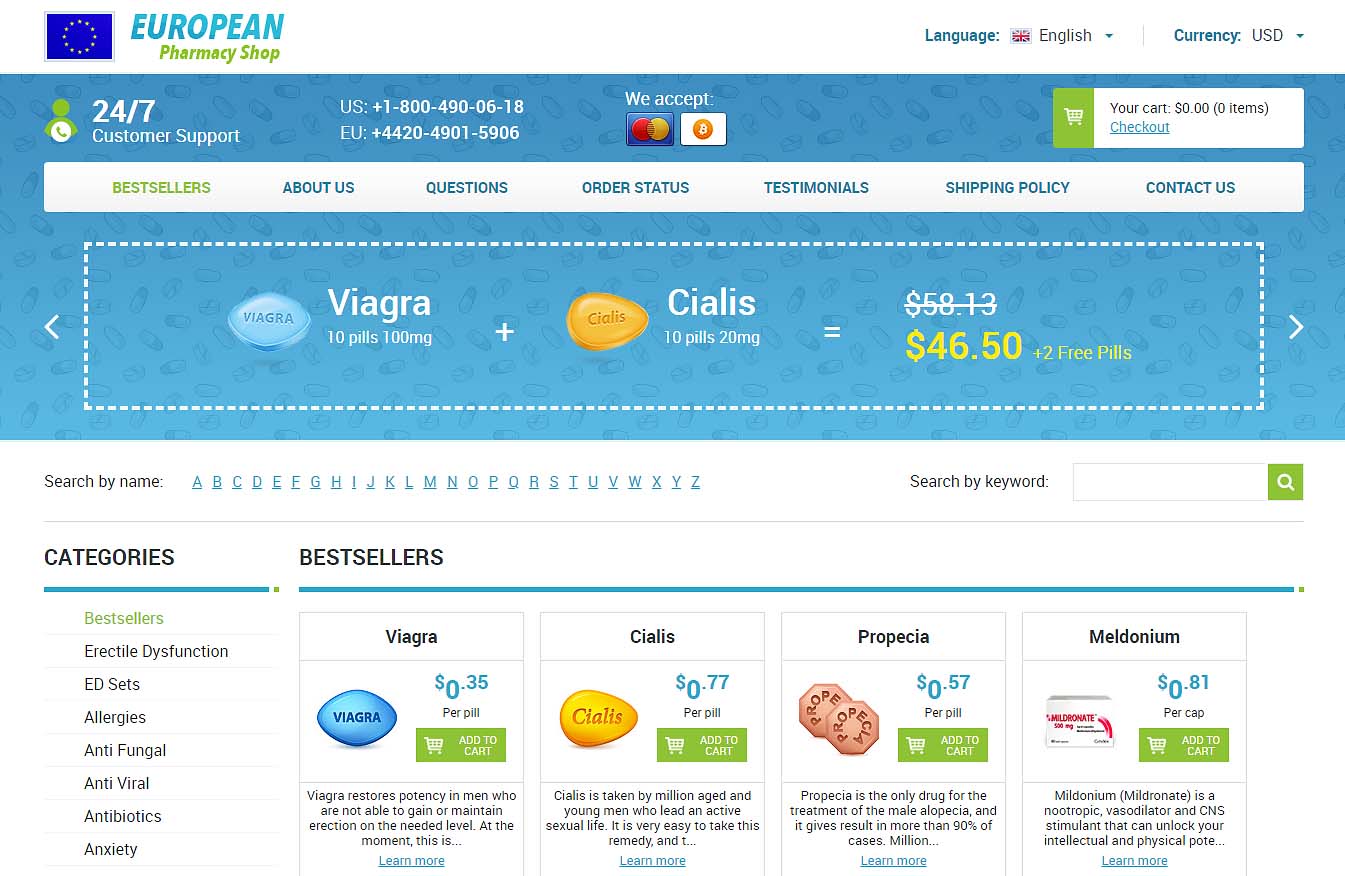 Online-rx-shop.com is just another fraudulent websites pretending to be a legitimate pharmacy. It says all the right things but a closer look at its operations proves that none of the claims it makes add up, and neither can you verify them.

As such, you have no tangible reason to trust them with your money. Even if they are not a straightforward scam, the chances that they offer reliable pharmaceutical services are quite low.

This domain was created on the 23rd of May in 2018. As of this moment, it is just 550 days old which is less than two years. The website is too young. That is all the reason you need to discard it altogether. First of all, experience matters in the pharmaceutical business. 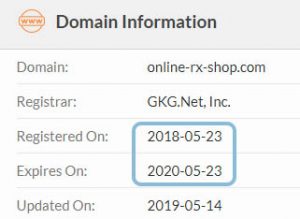 Most customers are more comfortable trusting their health to medical establishments that have long lifespans under their belt. It gives them peace of mind knowing that the people selling them medicine have been in the business for a long time.

Secondly, medical scams on the internet always masquerade as young websites. It sounds unfair to show so much mistrust to a pharmacy simply because it is young. But the internet is too dangerous for you to show leniency.

Scam Adviser gave this store a trust rating of 45 percent. That is low and it gives you even more reasons to doubt their legitimacy. The websites that share the drugstore’s server have equally weak trust ratings. They include:

Many of the websites on this server share the design of the pharmacy’s online platform which raises questions about the connection between them.

There are so many factors working against this website. First of all, there is no way to determine where it originates. Scam Adviser has found that it has connections to a number of countries. One of those countries is Russia which is known for producing online scams.

On its own, that revelation doesn’t prove that they are a scam. But you also have to consider the site’s business address in the Czech Republic which has been claimed by several fraudulent internet pharmacies. The more you investigate the portal, the more suspicious it becomes. 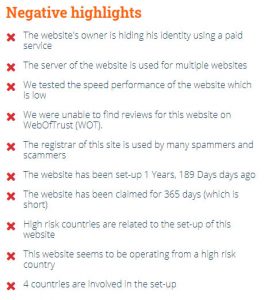 The platform it uses to dispense drugs has a generic design that was copied from various other platforms of a similar nature. The owner copied the layout, the images, and even the words. Speaking of the owner, he has chosen to remain hidden which tells you that he is probably shady.

The owner of a legit internet drugstore has no reason to hide. More importantly, the owner of a legit drugstore wouldn’t lie by claiming in the ‘About Us’ page that his site is seven-years-old. That is clearly not true and it encourages you to start questioning everything else the website has said.

Legitscript.com analyzed this internet pharmacy and classified it as ‘rogue’ because it did not meet their standards. No other regulatory body has accredited them. This makes them especially risky because they are not accountable to anyone.

The platform’s catalog has every common drug you expect to find in a pharmacy. There are no real surprises here. They get their products from India but do not believe their assertions that every drug is vetted and approved by the regulatory authorities in the country.

That claim hasn’t been proven. They deal with both generic and branded medicine. Prescriptions are not required.

This internet pharmacy is cheap. All their price tags are surprisingly low but no one knows why. The reasons they give are not convincing.

If you want to transact with them, the company only accepts credit cards and E-Checks. Apparently, these avenues make payments easier and quicker to process. This, in turn, allows the pharmacy to increase the rate at which it satisfies its customers’ needs.

The medical store has customers from all over the world. They use EMS and Registered Airmail to ship drugs.

You can tell that this platform’s testimonials page can’t be trusted because the customer names it features appear elsewhere along with the exact same comments. The site doesn’t have any genuine reviews.

This internet pharmacy gets 20% of trust. Besides the fact that it has no reviews or regulatory authority to dispense medicine, everything about the way it does business seems suspicious.