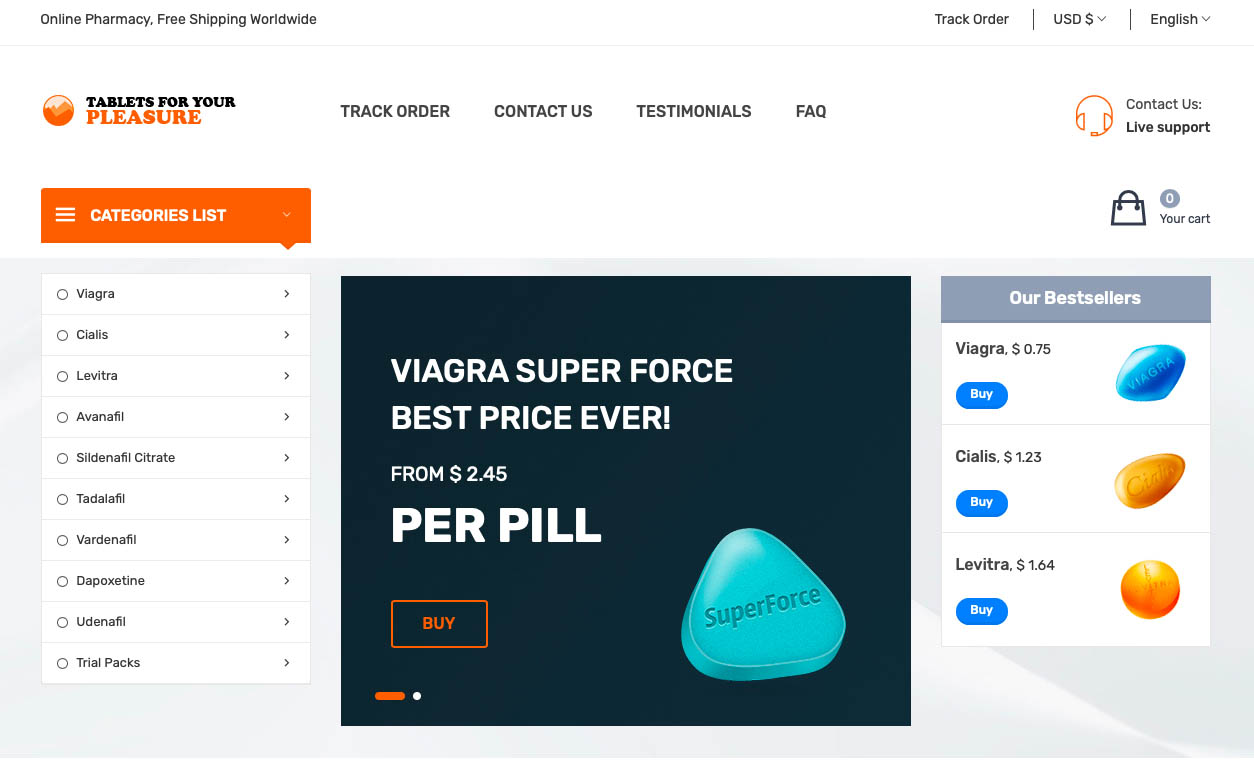 Pleasuretabs.com is a medical shop that doesn’t give you any reason to buy the medicine it sells. The company is quite focused where its offerings are concerned, that is to say, it sells drugs that treat sexual problems in men. This isn’t necessarily a bad thing. However, you cannot ignore the fact that sites that dispense sexual supplements and enhancers are normally quite shady. That isn’t enough to prove that this store is a scam. But if you investigate them closely, it won’t take you long to find additional reasons to mistrust them.

They are only one year old, at least at the moment. Their site was created on the 18th of September 2019. The domain age is a problem because they lied about it. They keep telling visitors that they are 11-years-old, which is not true. 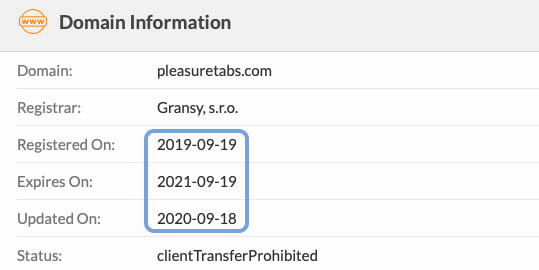 The 1 percent rating they got from scamadviser.com is an even bigger problem because it shows that their domain age is just one weakness among many. Some other notable failures include their origins, which are high-risk, low Alexa rank, an owner whose identity is unknown, and the lack of proper third-party reviews.

It should be reiterated that they lied about their age. Medical sites only lie because they want to defraud their consumers. If the store has a good reason for misrepresenting its age, it hasn’t revealed it.

Besides their age, you should also know that they come from Russia, a country that has a bad reputation for sponsoring and nurturing scams. Their name (Online Pharmacy) is strangely generic. It doesn’t sound like the sort of business name that a legit pharmacy would use, and neither does it match their domain name.

Their platform is nothing special. The owner clearly used a template to manufacturer a multitude of websites. That would explain the similarity between this site and various other drugstores on the internet.

They have British and American phone numbers. This is odd, though it doesn’t tell you anything. Despite what some people might think, it doesn’t prove that they have offices in the UK and US. Their location is still unknown because they don’t have a business address.

Yes, they most likely originate from Russia but that doesn’t mean that their premises are situated in the country. They don’t have a mailing address. You can use the phone numbers they have provided to communicate with them. But you have no reason to assume that the customer support personnel answering the phones are qualified pharmacists.

You cannot rely on them to answer the questions you might have regarding the conditions ailing you and the drugs you want to buy. Legitimate platforms often go out of their way to promote the licensed pharmacists that work for them. This one hasn’t even bothered to reveal its owner’s identity. You cannot trust the things they say.

Things are even worse for this store in the regulatory authorization department. They earned a ‘rogue’ classification from legitscript.com, a resource that keeps an eye on online drugstores. The NABP categorized them as ‘Not Recommended’.

They only sell supplements related to men’s sexual health, including:

They sell generic medicine which is not only as effective as brand-name drugs but far cheaper. This explains their price tags, which are quite low. The quality of their merchandise is still questionable. They argue that they would never deliver counterfeit medicine to their clients because it would ruin their reputation.

But that isn’t a convincing argument. People are hesitant to transact with young pharmacies because they don’t care about their reputation. This platform is so young that the owner wouldn’t lose anything if he was forced to shut the site down and start over as a result of an accusation of fraud.

If you don’t care about the suspicions surrounding the quality of their drugs, you can use credit cards to pay for any items you want to purchase. They deliver to most countries. Their packages are discreet. They do not reveal the drugs you purchased. The organization uses Express and Standard International Mail to make deliveries, with the fee depending largely on the destination.

The testimonials on their website were written by the company. They are not genuine. The store doesn’t have additional reviews on other sites.

This is a poor source of online medicine whose reputation has been ruined by their Russian origins and the lies they told about their domain age. So they earn a rating of 25% of trust.