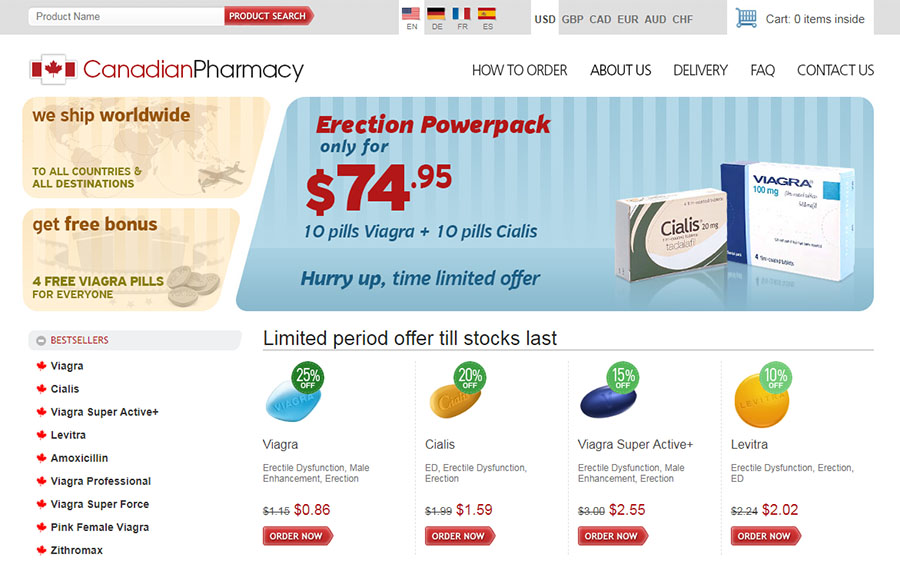 PromedPills.com is an internet Canadian pharmacy that sells and delivers drugs. They claim to be a professional outfit that employs only the most skilled personnel to ensure reliability and efficiency in every aspect of their operations.

This website was created on the 26th of February in 2015. That gives them a lifespan of four years, which is much higher than many of the medical sites you will encounter on the internet today. Of course, the decent lifespan does not automatically prove that this company is legit, though it definitely earns them a little less suspicion than they deserve. 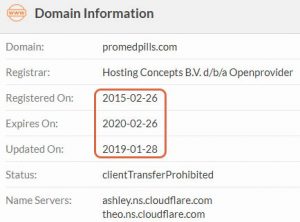 This firm shares its server with over sixty websites. Surprisingly, a number of these websites have very impressive trust ratings from ScamAdviser. You even have a few with ratings as high as 100% which is somewhat rare. However, this pharmacy’s own rating is 21% which isn’t terrible but it also doesn’t encourage confidence. In fact, while ScamAdviser doesn’t call them a scam, it definitely hints at the possibility that they might be unsafe.

This website says that it opened its doors in 2002 but there is no way to prove that claim. More importantly, the drugstore has chosen to do business under the name “Canadian Pharmacy” which is odd. Very few legitimate internet companies have business names that differ from their domain names. In fact, this website’s logo has made appearances on various other web servers, under a variety of domain names. This lends some credence to the claims that the site is actually part of a spam affiliate network called “Eva Pharmacy“. “Eva Pharmacy“ supposedly hails from Russia. 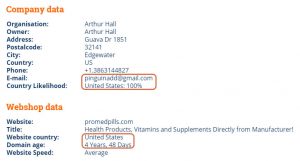 However, this site has been unequivocally linked to the United States, though its owner has chosen to hide their identity using an anonymous service. So there is no way to determine the origins of this pharmacy with absolute certainty. It isn’t unheard of for pharmacies to use the Canada flag as a means of attracting respectability. People generally trust drugs that come out of Canada, which is why many pharmacies have chosen to add Canada to their names. In fact, this particular website has gone so far as to include a Canadian business address to its contact information. However, that address points to a location that doesn’t actually exist in Canada.

This website doesn’t have any regulatory approval to dispense drugs in any country. The company’s online platform features seals from CIPA, BBB, and PharmacyChecker to mention but a few. But those seals are fake. CIPA has never heard of this company, and neither has the Department of Health in the US or the NABP. According to LegitScript, they are definitely a rogue pharmacy. 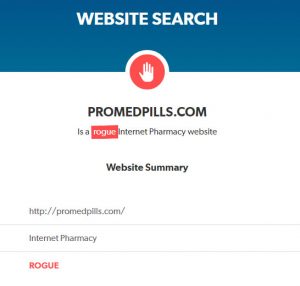 Most of the drugs you will find on this platform are pills related to men’s sexual health. The drugstore acquires them from India, though it claims that a lot of its merchandise is sourced from suppliers in the US. The company further claims that its products are FDA approved but that cannot be proven.

The drugs on this website are competitively priced. They are not the most expensive but they are also not the cheapest. When it comes to payments, the available options include:

They also reportedly accept Bitcoin. Some consumers have warned that the site’s checkout page leaves any financial details you provide vulnerably. On the issue of deliveries, consumers can either spend $15 on Airmail or $25 on the courier service. You can get your order shipped for free by Airmail if it exceeds $150. That same option applies to the courier service but only if your order exceeds $300.

There are a lot of customer reviews and testimonials on this website’s homepage. They are all positive but they are probably fake. There is no way to prove that they were written by actual customers. 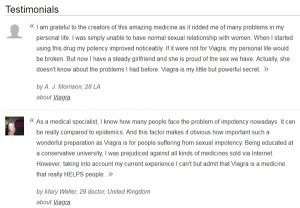 This website earns a trust rating of 20%. You have no reason to trust anything it says or offers. None of the information presented by the pharmacy can be authenticated, not even its seals of regulatory authorization and approval. They are as close to a scam as you can get.