Home » Reviews » Propharmacystores.com Reviews – Better Than Some, Worse Than Others 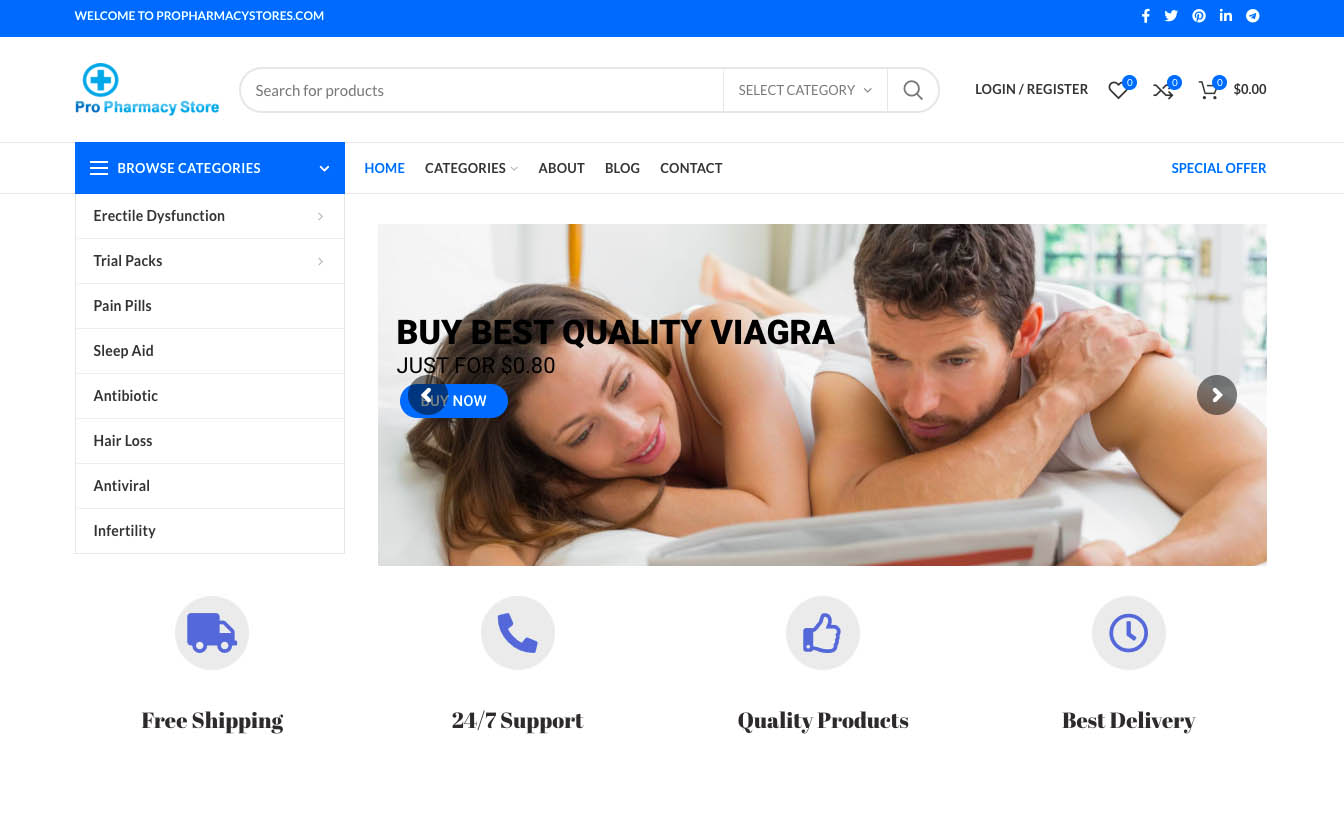 Propharmacystores.com is a young medical shop that has failed to convince the online community that it is trustworthy. In truth, they did not make much of an effort. Their website is incomplete.

If you hate transacting with stores that have five years of experience or less, this one will immediately repel you. This is because it has a registration date of 16-02-2020, which makes them just one year old.

They earned a scamadviser.com rating of 75 percent. The rating is given to stores with a medium-low risk. The resource used an algorithm that looked at the site’s host, the registration of the domain, and over four dozen additional facts before determining their rating.

While the resource appreciated their SSL certificate, it disliked the owner’s anonymity, poor optimization, and the absence of reviews on other sites.

The internet pharmacy promises free shipping, 24/7 support, and quality products. They have a business address that places their offices in New York.

This adds some credibility to the idea that they originate from the United States. Though, it should be noted that the business address isn’t authentic. You can dismiss it with confidence because various websites have used it to sell their drugs.

You can only overlook this issue if all these websites are owned by the same company. But this platform has not made that claim. It has not given its detractors any reason to believe that it is part of an organization that owns multiple drugstores on the internet.

In fact, it hasn’t given the impression that it is owned by anyone. The owner is a mystery. No one knows whether it is an individual or a business. Their contact information is American but that doesn’t mean anything.

You can fake contact information. Their platform doesn’t say anything about their origins. All they have done is boast about their status as the most popular medical site in the US and Australia.

But their Alexa rank doesn’t support that claim. Even more dubious is the idea that they have more than a decade of experience. They said this on their ‘About Us’ page but it is a lie, as you now know.

They have nothing else to say about who they are and what they do. This is very off-putting. As was noted above, the website feels incomplete, like it was hastily thrown together. But even if that was the case, the owner has had more than a year to fix the issue.

The fact that he hasn’t done so encourages people to conclude that this is a mirror site. The owner isn’t concerned with how well the platform performs. This raises questions about scamadviser.com’s decision to give them such a strong rating.

The store’s biggest failure is the rogue status that legitscript.com gave them. Legitscript.com takes the work it does very seriously. It wants consumers to transact with transparent drugstores that operate legally. It only hands out rogue classifications when it comes across sites that are breaking the law. This one has earned legitscript.com’s ill will.

However, their catalog is very small. They only have a handful of drugs. Most of the basic OTC drugs are missing from their catalog. Even if they are legit, they do not have the means to satisfy your healthcare needs.

The only thing they have going for them is their price tags, which are very low. But that doesn’t help them either because many patients are hesitant to buy drugs that are too cheap. They suspect them of being counterfeit.

The shop is not forthcoming where the payment options and delivery avenues are concerned. Though, you can assume that credit cards are accepted.

Scamadviser.com took points away from the site because they don’t have reviews on the internet. After operating for a year, they have either failed to secure customers or none of the customers they dealt with was satisfied enough to leave a review. Either way, it makes them look bad.

The shop earns a rating of 30% trust. They have failed to prove their legitimacy. However, the available information does not definitively prove that they are a scam.