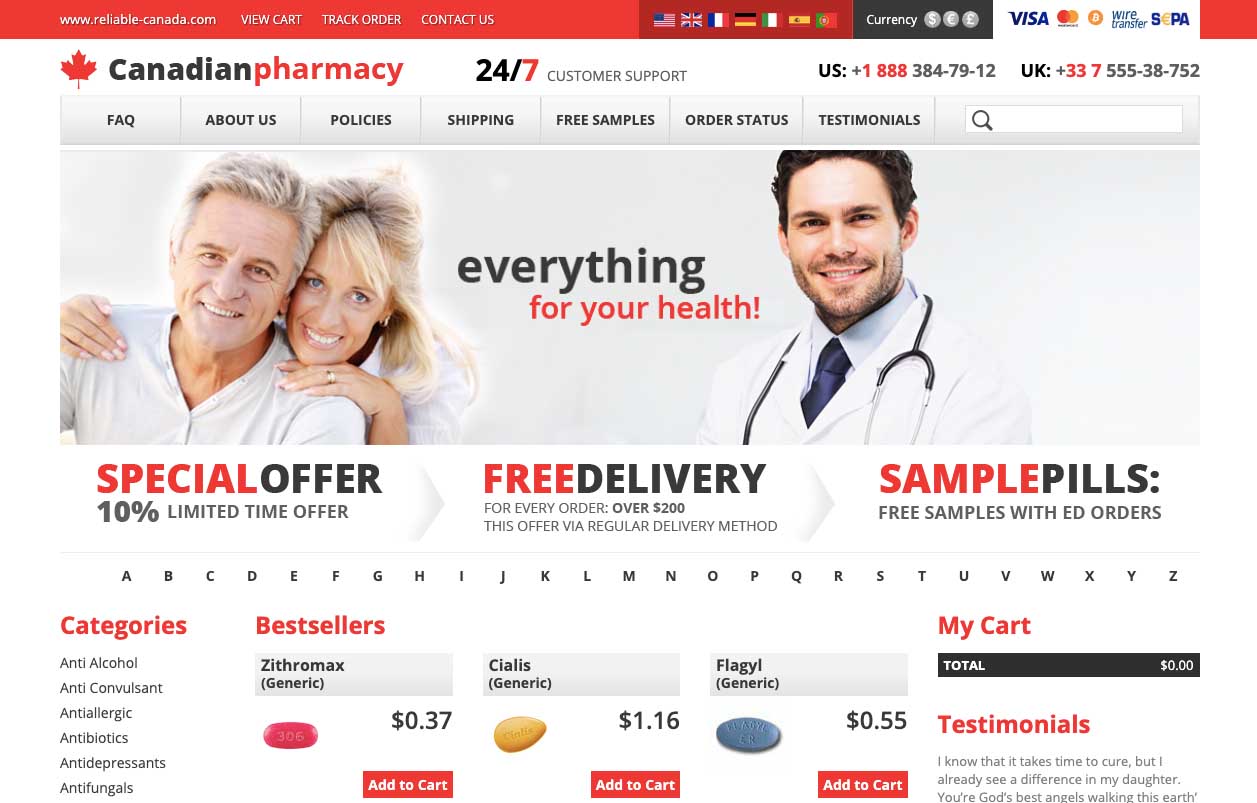 Reliable-Canada.com is a recent addition to the online pharmaceutical arena, so new that it has no online presence whatsoever. This makes it very difficult to trust them because there is no way to know for sure that they are legit. For this reason, you are advised to either avoid the website completely or proceed carefully. Otherwise, you could fall into the trap of a scam. 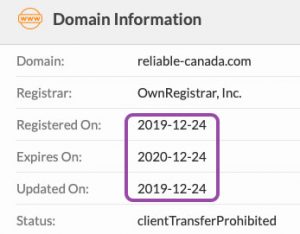 The domain is the primary reason why you are discouraged from doing business with this internet pharmacy. It was created on the 24th of December 2019. As of this moment, that was five days ago. That should tell you everything you need to know about its trustworthiness.

This website is as new as they come. It has nothing to show, no evidence it can present to prove its legitimacy. As such, you have no reason to trust it, not at this moment, not until it gives you a tangible reason to believe the many claims it keeps making.

The pharmacy earned a trust rating of 95 percent from scamadviser.com. But that shouldn’t surprise you. After all, as was mentioned above, they are a brand new creation. So they don’t have enough of a paper trail for Scam Adviser to accurately judge them. Eventually, that trust rating will fall.

The website exists on a server that is used by over two dozen other sites, including:

Small websites share servers all the time. This allows them to keep their costs low. The fact that this pharmacy shares its server isn’t a cause for concern. That being said, it is associated with Russia which is a high-risk country, and that is a definite cause for concern.

So is the fact that their setup involves three countries. Even though Scamadviser gave them a high rating, it also admits that they are associated with a lot of risk. 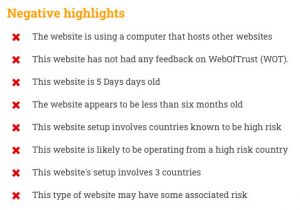 This section proves that the internet pharmacy cannot be trusted. There is nothing technically wrong with a website being new. All websites were once new. Obviously, you should approach all new internet drugstores with caution but that doesn’t automatically prove that they are scams.

Not only is this site young but it doesn’t have much of a business profile. This is why the suspicions everyone throws at it are justified. As was mentioned above, it is Russian. Russia produces a lot of scams, so no one can be faulted for avoiding websites originating from Russia.

The store only exists on the internet and that is a problem because you cannot locate them or hold them accountable if something goes wrong. Their platform looks just like every other fraudulent internet pharmacy that sells sexual enhancers.

The logo and name they are using suggest that they are Canadian but this is obviously a lie.

Legitscript.com has never heard of this company. It doesn’t have any legitimate accreditation or license to show.

The company claims to sell most drugs but, in truth, sexual enhancers are their only concern. You can assume that their merchandise comes from Russia. They don’t reveal their suppliers which is one more reason for you to mistrust them.

For the moment, it looks like the company accepts credit cards as a form of payment. Though, you shouldn’t believe their claim that their site has encryption systems that protect your transactions and financial information. This is unlikely to be true.

The medicine they sell is cheap. But you don’t know where it comes from, so you have no reason to believe that the quality is high. Counterfeit drugs are normally quite cheap.

The testimonials on their website are completely fake. They have only been in existence for 5 days. They couldn’t have accumulated any testimonials from real customers in that short period. 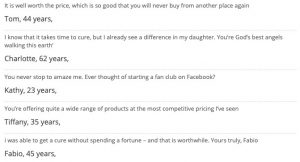 You have to give this site a trust score of 20%. Not only is it really young but it exhibits all the signs of a scam.