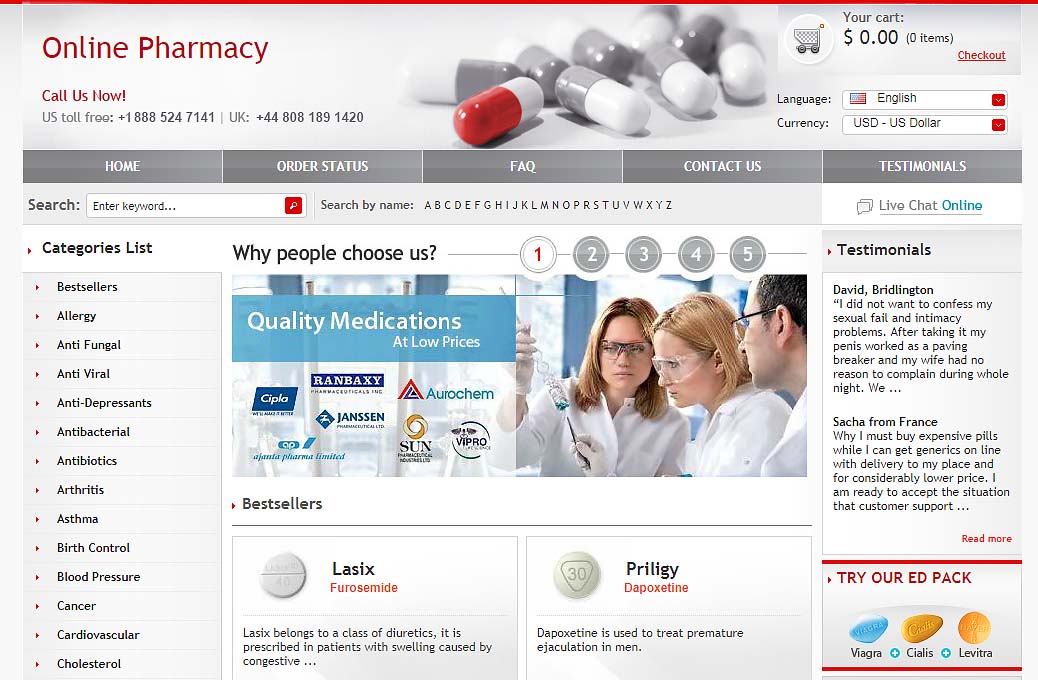 Solid-order-shop.com is a pharmaceutical website that people keep accusing of being a scam. These accusations are based on the many gaps in the site’s operational data. The company is too secretive. It has chosen to keep a lot of the information regarding its business hidden and that suggests that it is up to no good. Pharmacies on the internet that have nothing to hide are usually quite happy to tell users everything they might want to know about their operations. The fact that this one prefers to remain in the shadows suggests that it is doing something wrong. 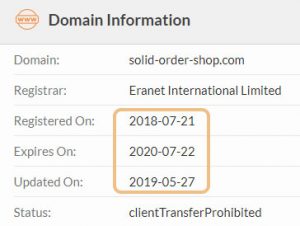 The website was created on the 21st of July 2018. It is almost two-years-old at the moment. Medical sites that are younger than five years are usually scams. In fact, medical sites that are surrounded by so much suspicion only survive online for two or three years before the authorities eliminate them for participating in illegal activities.

This internet pharmacy was given a scamadviser.com trust rating of 9 percent. That is dangerously low. You only see such figures with scams. So even scam adviser believes that they are fraudulent. You don’t need any more information to understand that the website should be avoided altogether.

Most of these sites have strong scamadviser ratings. But that doesn’t help this internet pharmacy because it has such an abysmal rating.

The business profile is even more damning than the scamadviser rating because the pharmacy doesn’t have a profile in the first place. It has been in operation for two years. That is plenty of time to establish some sort of paper trail online.

But there is no evidence on the internet proving that the pharmacy exists tangibly. At this moment, you have to conclude that it is just a website rather than a real drugstore. Such companies are problematic because you can’t track them down if they wrong you.

This is why you can’t call a site like this legit. It can’t even reveal the identity of its owner. If scamadviser’s data is to be believed, the store comes from Russia. Russia is a renowned source of medical scams.

This is why you can’t trust any E-commerce firms they produce. They have a penchant for defrauding everyone that deals with them. The fact that this site is Russian proves that you are better off steering clear of them.

Of course, it isn’t right to dismiss a company simply because it is Russian. But in this case, the country of origin is merely one factor among many that should give you pause.

Legitscript.com has already dismissed the platform as a ‘rogue’ internet pharmacy. As far as it is concerned, they cannot be trusted. Listen to legitscript and stay away from them.

Because this company only exists online, it is difficult to determine whether or not it sells any medicine. It has a low Alexa ranking which tells you that it doesn’t get that many customers. So you can’t prove for certain that they have real medicine in their catalog.

If the information on their site is to be believed, they sell a lot of sexual enhancers. If you don’t have valid prescriptions for the medicine you want, this firm has you covered. It doesn’t ask for them.

The medicine is cheap because it is generic and possibly counterfeit. If you want to make payments, you can use E-Checks or Credit Cards. Deliveries are made via Courier service and EMS. The duration and the cost will depend on the type of delivery method and the destination.

Because you can’t trust the feedback on this site’s testimonials page and they don’t have customer reviews on any other trustworthy site, it is difficult to determine what customers think of this internet pharmacy. 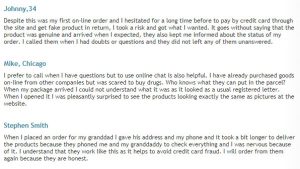 The store gets a trust rating of 20% of trust. It doesn’t ask for prescriptions, there is no genuine customer feedback, and it isn’t certified.