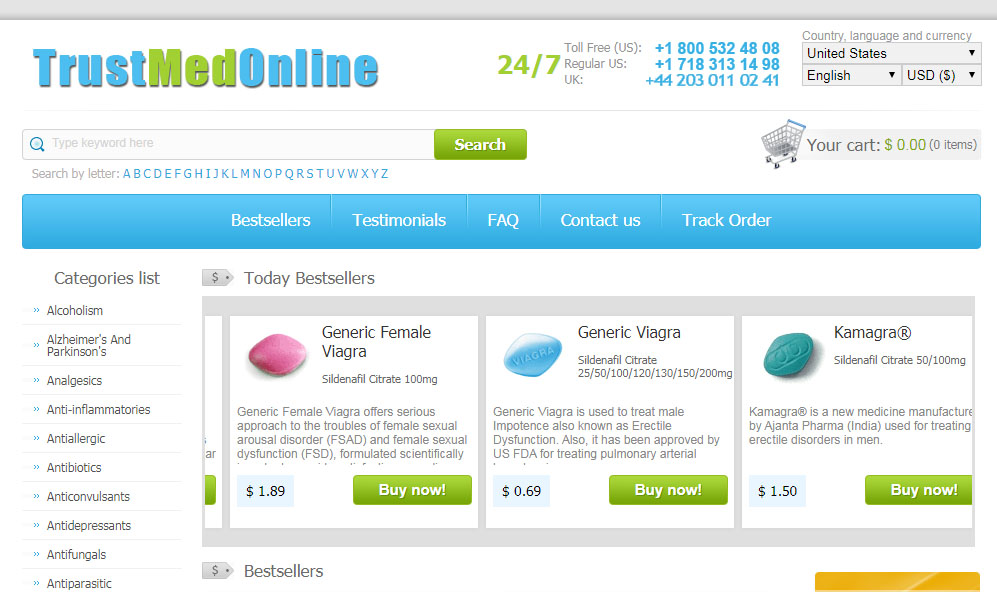 TrustMedOnlineNow24.com is an internet medical site that is probably American. No one knows for sure where it originates but the data surrounding its online activities suggests that it probably comes from the United States. Not only is the pharmacy new but there are a lot of questions surrounding its operations, questions that are impossible to answer because so much of the information associated with the website is redacted. The information the site has chosen to provide is dubious and most likely false. 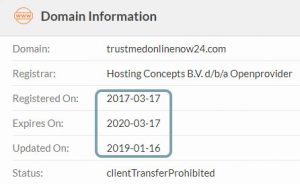 The domain was created on the 17th of March 2017. That was nearly three years ago. Three years sounds like a long time but it isn’t, not in the online pharmaceutical industry. You can only trust internet drugstores that are 5 years or older.

Any businesses younger than five years have a high chance of being scams. This is why you are better off ignoring them.

The website earned a scamadviser.com trust rating of 73 percent which is decent. It suggests that the risk the portal presents is small. It shares its server with dozens of websites like ibuycipro.com (a chinese site).

The scamadviser.com ratings of these sites are very poor. This should concern you. You rarely find legit companies sharing servers with untrustworthy portals. If an online platform is surrounded by scams, it is also a scam.

This internet pharmacy shares its name with another website that was forced to close. The website in question came on the scene in 2012 and it spent the next few years selling generic and brand name medicine. 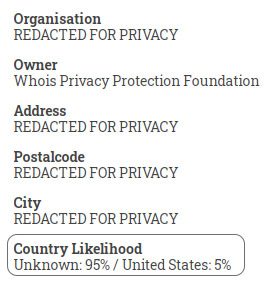 However, it was accused of selling counterfeit products and the US government forcefully closed it in 2016. A year later, this internet pharmacy appeared. This has led some people to theorize that the two websites are one and the same.

This website’s domain name is slightly different from the domain of the previous site which suggests that the owner is trying to prevent the US government from learning that he reopened the platform they closed.

The owner in question is a mystery. No one knows who he is or where he comes from. This is a problem because you have no way of determining the legitimacy of this site. Companies are only as authentic as their owners.

People have no interest in buying medicine from a site whose owner can’t be trusted. Speaking of platforms, this one is generic and unprofessional in its appearance. The layout is unimaginative and the content is fake.

One page on the website claims that the company is 9-years-old. But the domain age has already proven that this isn’t true.

All the medicine sold here is generic. Generic drugs are just like brand name drugs in potency but they are cheaper because their manufacturing costs are so low.

These products are all generic. As such, they are quite cheap. This is what makes them so attractive. Though, you have no way of proving that the medicine sold here is genuine. It is most likely counterfeit. The store’s decision to hide the identity of their suppliers proves as much.

Payments can only be done using credit cards. Deliveries are performed using courier service and standard international airmail. The time packages take to reach consumers will depend on the destination. But in most cases, it shouldn’t take longer than 21 days.

There are no reviews on any trustworthy sites like trustpilot.com. The ones you find on this platform are fake. They are meaningless. 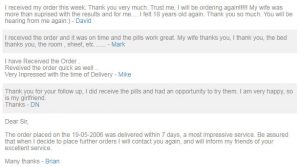 This is a 20% of trust internet pharmacy that doesn’t have a verifiable business address or regulatory authority. It has lied about its age and it is most likely connected to an older site that was closed for selling counterfeit drugs.