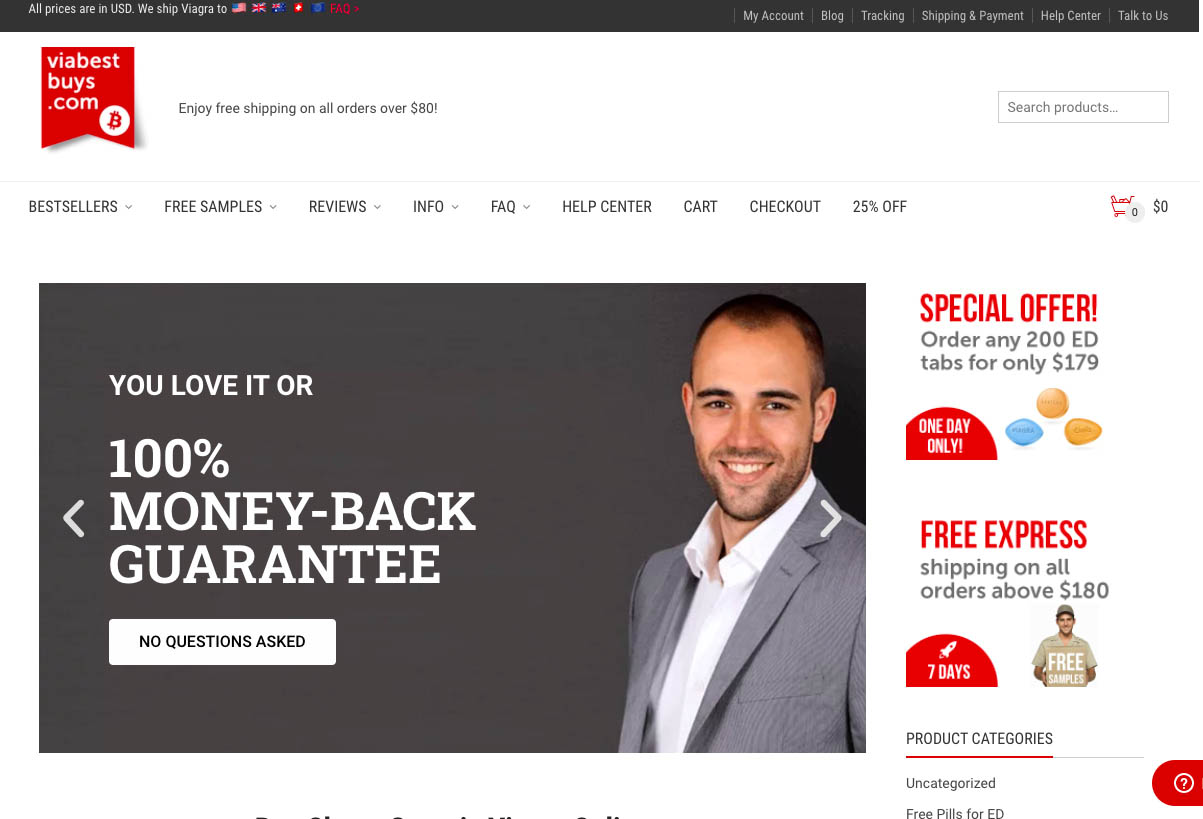 Viabestbuys.com is a confusing online pharmacy because it seems reputable. And yet, once you scratch the surface, it becomes difficult, if not impossible to ignore some of the suspicious aspects of their operations.

The domain was created on the 28th of November 2016, more than five years ago. Many internet pharmacies have failed to win the trust of consumers because they are younger than five years. Their youth makes them more likely to defraud consumers. But this store’s domain has been around for quite a while, which is why people may have an easier time trusting them.

Even though several websites have praised the drugstore for its legit operations and genuine products, it has failed to win the favor of scamadviser.com. The resource gave the site a rating of 1 percent.

It acknowledged their strong domain age, positive customer reviews, external review system, and valid SSL Certificate. But that wasn’t enough to change scamadviser.com’s rating. The resource does not trust them. It is convinced that they pose a significant threat to their buyers.

This internet pharmacy is complicated. They have hidden so much information that it has become quite difficult to determine whether or not they are a scam. The few tidbits of information they failed to hide do not paint them in the best light.

For instance, scamadviser.com realized that the domain was hosted in a high-risk country. This factor contributed to their low rating. The resource also took issue with the fact that they sell medicine globally. Most of the legitimate online drugstores are restricted to specific markets.

They can only dispense drugs to customers in a small collection of countries because those are the only countries that have authorized them to sell medicine. Pharmacies that are selling pills globally are doing so illegally. This one is the same. It would be foolish to assume that every single government around the world has given the company a license permitting them to sell their merchandise. 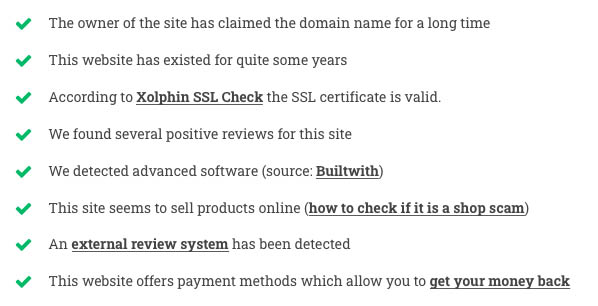 This tells you that they are not quite as legitimate as they want people to believe. But does that make them a scam? Well, they keep telling their visitors that they have over a million customers. Normally, you would be encouraged to dismiss that claim as a lie.

But their Alexa rank is quite strong, so much so that it doesn’t allow skeptics to immediately dismiss the claim. That being said, their decision to redact so much information is suspicious. They claimed on one of their pages that other scammers were using their domain name and logo to defraud people.

But that can’t be confirmed. At best, it sounds like they are trying to protect themselves from future accusations of fraud by suggesting that anyone that was defrauded by them was actually the victim of those other scammers that stole this company’s name and logo.

Even if their claims are true, the possibility of falling victim to one of those scammers should encourage you to avoid this domain altogether.

If you want to know why some people refuse to trust this shop, it is because legitscript.com called them ‘rogue’. They don’t have regulatory authority from anywhere else, which means that they are operating illegally.

Their primary objective is to help men that are struggling to perform sexually in bed, which is why they offer all the popular generic sexual supplements. 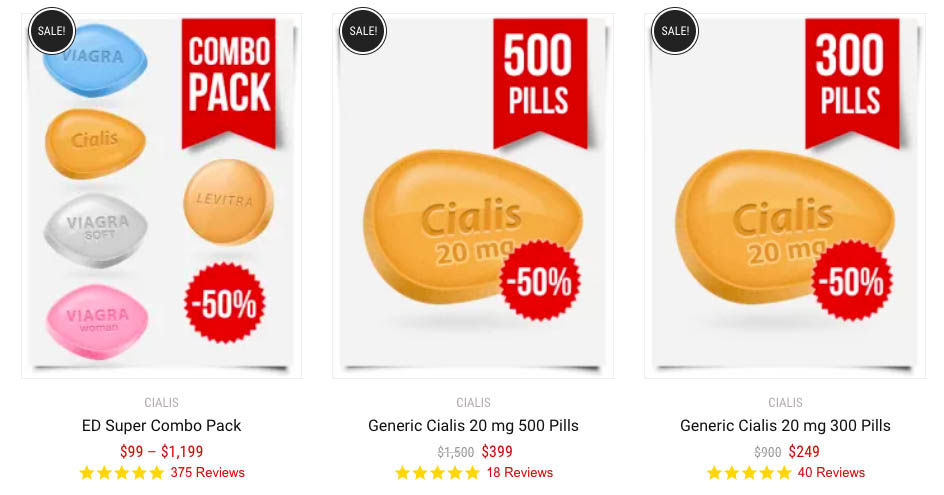 If you want another reason to disregard this drugstore’s promises, you should know that it doesn’t ask for prescriptions. That is a common attribute among medical scams. 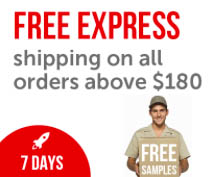 The one thing they have going for them is the prices. Their drugs are very cheap. A pill that would cost you $25 in a traditional pharmacy will cost you $1 here. You can also get discounts as high as 25 percent, not to mention hundreds of free pills.

They accept Bitcoin, Zelle, Paypal, and Credit card payments. They use Registered Airmail and EMS to ship drugs from India to most countries around the world. Shipping can take anywhere between seven and thirty days depending on the destination.

For all their faults, they have excellent reviews. The customers on trustpilot.com love their prices, outstanding customer service, and quick deliveries.

Even though they have a decent domain age and excellent reviews, the absence of proper licenses and accreditations makes this internet pharmacy a threat, which is why they earn a rating of 30% trust.