Home » News » Who Should be Vaccinated First?

The pandemic has led to a race to create a vaccine for COVID-19. While there seem to be some effective solutions on the horizon, the question is who should be given the COVID-19 vaccine first? People around the world continue to have their everyday lives changed by the pandemic, with many people becoming seriously ill and dying. The harm done to the economies of every country is a problem that will continue to do damage for many years.

As a consequence, the demand for a vaccine is very strong all over the world and there will naturally be insufficient numbers of vaccinations available at first. It may take a few years before everyone can be vaccinated, so the requirement to prioritize those most at risk from the virus is essential to reduce harm.

A study has been produced jointly between the University of Washington, Tacoma campus, and the Fred Hutchinson Cancer Research Center, to address this problem. Their study investigates how different scenarios could work better to lower the infection rate.

Mathematical modeling was used to assess the effectiveness of the number of doses and the reliability of the vaccine. The population was divided into 5 groups as follows:

Children are considered to be the lowest risk group, with the risk increasing as the age group does. The study considered immunity from the COVID-19 vaccine to last for a year, with a 20 percent immunity rate among the population at the beginning of the vaccination push. Social distancing was not factored in, and healthcare workers directly dealing with COVID-19 cases were assumed to have immunity. 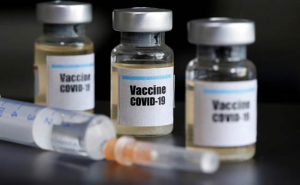 If the vaccine isn’t effective half of the time or less, the best way to bring down the number of deaths is to vaccinate the older age groups first. They are the higher risk groups so this makes sense.

With the effectiveness of the vaccine at 50 percent, 35 percent of the population would need a vaccine in order to reduce the death rate by half.

With an improved effectiveness of 60 percent or more, it is still better to prioritize the over 75s highest risk group. But with this level of vaccine effectiveness, it starts to become better to give doses to higher transmission groups. This means that children, and the 20 to 19 age range, will better slow down the rate of infection. 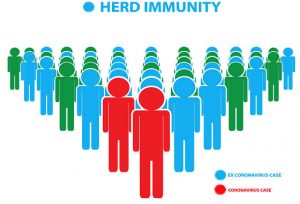 Herd immunity will make the virus transmission slow right down and the modeling shows that this will happen with a vaccine effectiveness of 80 percent or more. Since the model assumes 20 percent immunity, it will only take 40 percent of the population to be effectively immunized for herd immunity to be reached.

The study discovered that with a higher effective vaccination that it is more beneficial to immunize younger people as they are the most likely to transmit the virus. This will produce better results, reducing the number of times the virus will be transmitted in a population. This leads to lower asymptomatic carriers of the virus, and a reduced number of people with symptoms, as well as fewer people ending up in the hospital or the ICU.

This all, in turn, reduces the rate of infection and flattens the curve. With a steep reduction of deaths as a consequence. As more vaccine doses become available, it becomes better to make sure the higher risk members of the population have the vaccine first. 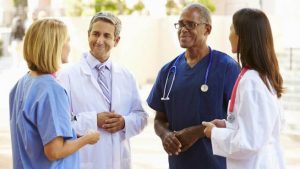 The spread of the virus can be completely stopped if 70 percent of the population is immunized with a vaccine that is 60 percent effective. Though with only a 10 percent increase in the effectiveness of the vaccine, just a 50 percent vaccination rate will lead to the same result. 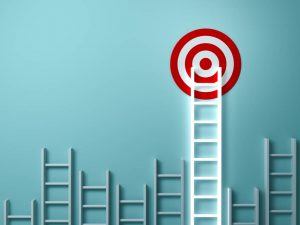 The calculation differs depending on what is trying to be achieved and the number of vaccine doses available. If the vaccine is 100 percent effective, but there are only enough doses for 20 percent of the population, it is more crucial to make sure the vaccine is given out optimally. This could achieve a more than 30 percent reduction in deaths when compared to administering the vaccine across the population.

If the effectiveness is high and the coverage reaches 60 percent or more, high transmission groups being given the vaccine produces better results.

There could also be other factors that need to be considered in any population. This study takes a fairly conservative view, ignoring social distancing and the use of face masks. In real-world use, the results for vaccine effectiveness might be even better than assumed in the study. Herd immunity could be achieved earlier than 60 percent of the population being immune to the virus once vaccination becomes available in reasonable numbers.

One word of warning about this study, it is new and has, as yet, not been peer-reviewed and as such shouldn’t be considered a conclusive strategy for immunization. The study does point to the need to allocate vaccination to make the best of the doses available when the production is limited.