Home » News » Why are Insulin Prices Going Up? 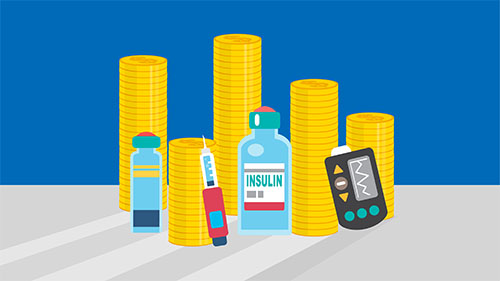 It is estimated that more than 10 million Americans require insulin to control their diabetes. However, the cost of insulin has risen considerably in recent years, leading to many people having to make difficult choices to cover the cost of this vital medicine. But why is insulin cost high? We take a look at the reasons behind the increase in insulin prices.

The price that manufacturers set for insulin has increased by up to 500%. This has led to some patients, that even have health insurance, spending more than $1,000 a month on the drug. 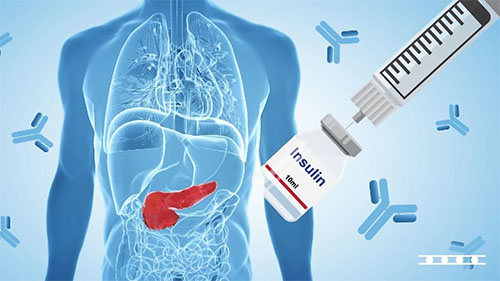 Part of the reason for the high cost is the fact that there are not that many manufacturers in the US. Another problem is the increasing demand for the drug, and these two factors mean that the pharmaceutical companies feel that they can push up their prices without losing customers.

Insulin is different from a lot of other medicine in that it is biologic. This means manufacturing it is more difficult, as living organisms are used to copy the DNA sequences to create insulin.

The manufacturing process has to be done very carefully as well. To prevent patients from becoming infected when they inject insulin, quality is extremely important. 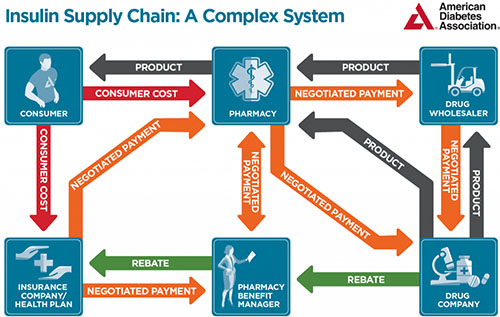 Thanks to quality concerns, it isn’t a simple process for generic manufacturers to just begin producing insulin. Any potential manufacturers need to show a lot more evidence than they would with other drugs to prove that they are able to ensure a high-quality product.

Insulin was discovered just over 100 years ago, and while the original researchers didn’t want to profit from their discovery, the same can’t be said of big pharma these days. These manufacturers feel they can continue to push the price up as no cheap generic alternatives exist.

What is Being Done to Reduce the Cost of Insulin?

Some states have mandated a limit on the co-pays required when buying insulin. This insulin price cap can range from $25 to $100 depending on where you live, and some states still keep the insulin cost high as there are no limits.

The Build Back Better bill could offer a way to reduce costs for diabetic patients wherever they live, with a $35 cap on monthly insulin costs. Even with this bill, there could be problems that don’t make the cap as effective as it could be.

For diabetes sufferers who are using two different insulin products, will the cap be $35 or $70 each month?

The price cap does mean that health insurance will end up covering the difference, which will inevitably mean premiums will have to rise further.

There is also more competition being introduced with the Biocon and Mylan glargine insulin being found to be the equivalent of Sanofi’s glargine product by the FDA. This generic insulin should have a positive effect on the prices that patients end up paying.

Whether the Build Back Better bill does finally offer some relief for diabetes sufferers is currently unclear, but there does appear to be some support and focus to deal with this difficult issue.