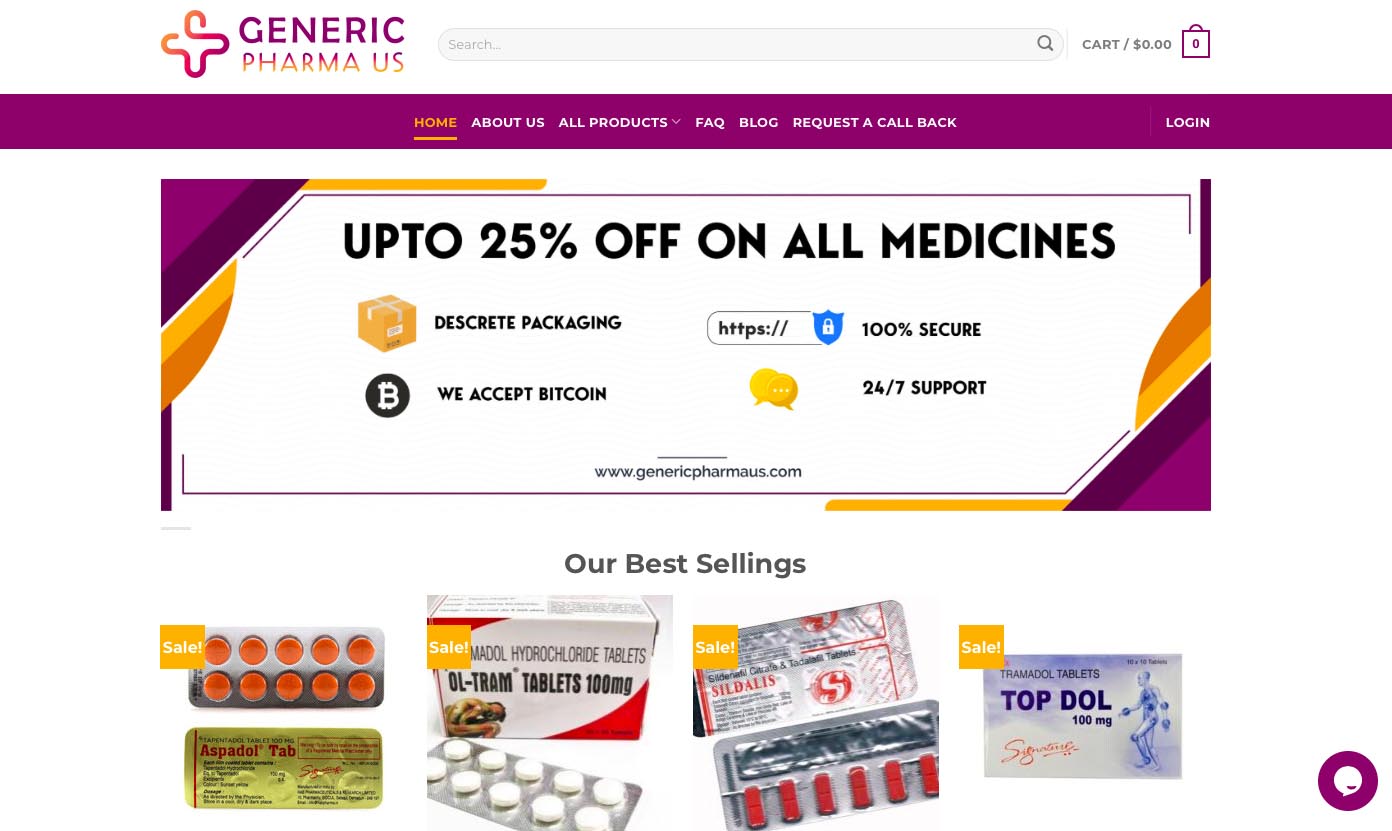 Genericpharmaus.com peddles generic sexual supplements. They don’t sell branded items. This is their biggest draw, along with the fact that they don’t ask for prescriptions. They attract people that want cheap sexual enhancers. Their services are targeted towards consumers in the US, UK, and Australia. 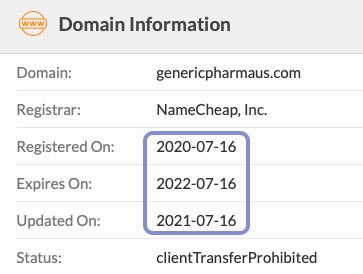 The domain won’t convince you to transact with them. This is because it was created on the 16th of July 2020, which is discouraging. They cannot get away from the fact that they are young. You should also note that their expiration date is less than a year away, betraying a lack of confidence in their future. This doesn’t automatically set them apart as a scam. But it encourages consumers to be wary of them.

Besides discovering related domains, Scamadviser gave them a rating of 30 percent, having based the figure on their low Alexa rank and the anonymity of their owner.

As their name clearly tells you, they sell generic pills. Their company is based in the United States. They only sell items that the FDA has approved. Their ‘About US’ page is disappointingly vague. It goes on and on about what they sell without saying anything about the origins of their company.

It doesn’t provide enough information about the work the site does behind the scenes. Besides claiming to prioritize the satisfaction of the customer and guaranteeing the privacy of their patients, they haven’t published enough data for skeptics to build a clear picture of their operations. The only strong positive element they have going for them is their attractive site.

They also have a verifiable address that puts them in Ohio in the United States. The lack of ambiguity where their origins are concerned is encouraging. They have also included a toll-free number and an email address.

The owner is hiding their identity. Many people do this to escape the attention of spammers. However, scammers use this same tactic, which is why many websites receive additional legitimacy whenever they reveal the owner’s identity.

The Alexa rank is too low. They receive very few visitors. This is not a good thing. Fortunately, they are a relatively new platform. Their youth excuses their low traffic levels. Otherwise, you should avoid portals with low traffic levels. If the public has chosen to ignore a medical shop, there has to be a good reason why.

legitscript.com looked at their platform and decided that it was ‘rogue’. They don’t have any additional certification and accreditation from other countries.

They claim to sell generic drugs that the FDA and WHO have approved. But they can’t prove this claim. Supposedly, they only sell medicine that has been carefully tested and assessed. They spend a lot of time trying to convince their visitors that their generic drugs can be trusted to produce the same results as brand-name medications.

They also take pride in the fact that they don’t ask for prescriptions. They do not realize that this is a bad thing, a sign of fraud.

They accept various payment options, such as Western Union, Visa, MasterCard, PayPal, and Discover. Their medicine is up to 80 percent cheaper than the pills people buy from local pharmacies because they get their merchandise from foreign countries where medical products do not cost as much.

If you don’t understand why some consumers are hesitant to trust them, part of the reason is that they don’t have reviews. Without reviews from previous customers, you have no way of investigating their reputation.

Even though their website is so attractive, their decision to sell drugs without prescriptions hurts them, which is why their trust rating is 35% trust.