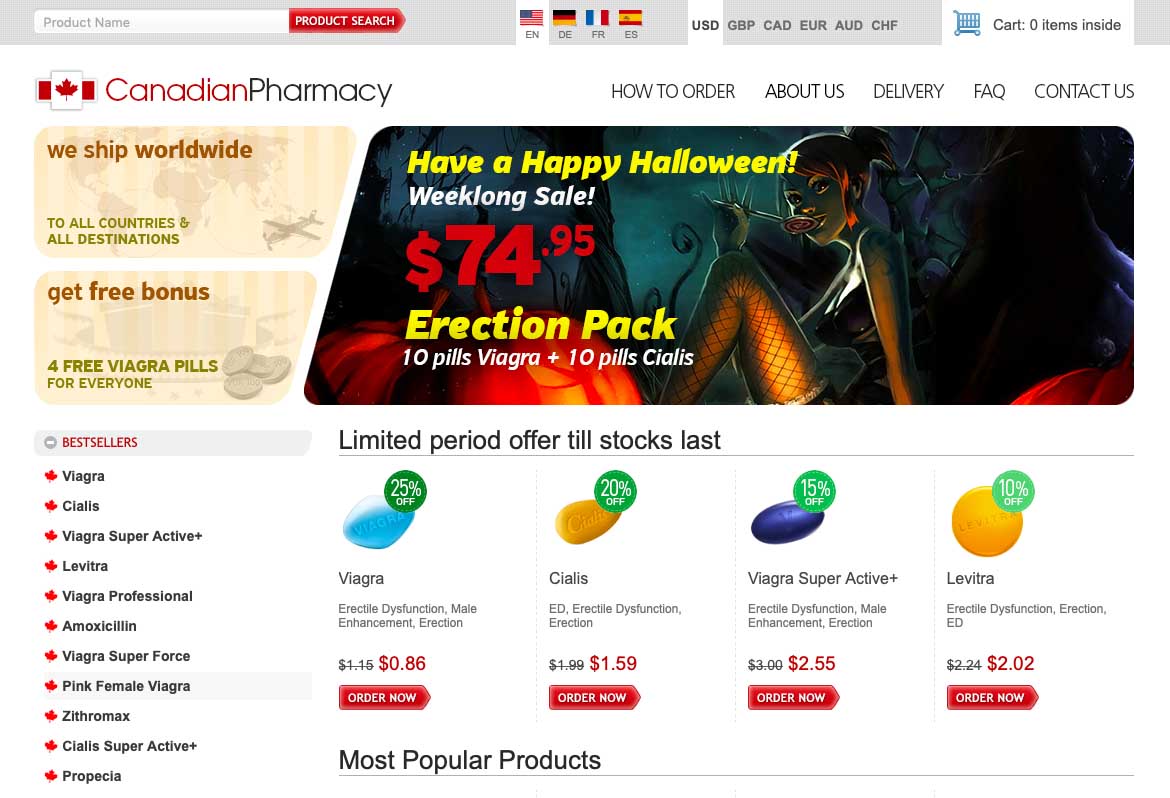 Mymedicstar.com is an internet pharmacy that does business under the ‘Canadian Pharmacy’ name. The company’s name is one of its most suspicious elements. Not only is it a generic name that the pharmacy couldn’t possibly brand but it doesn’t match the domain name. On its own, the domain name is also problematic because it doesn’t tell you anything about the organization’s products and services. This is just the tip of the iceberg. The more you dig, the harder it becomes to believe the store’s claims of legitimacy. 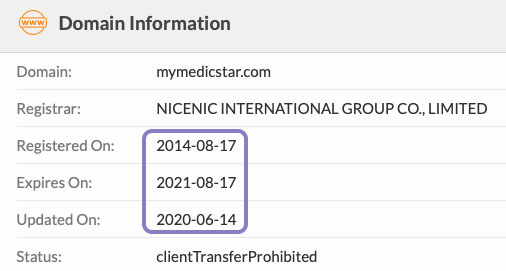 This is a 6-year-old website that was created on the 17th of August 2014. Six years is technically a decent age. The best stores are typically five years or older. But the domain age doesn’t mean anything in this case because the website’s other attributes are so negative.

They have negated the goodwill it would have earned from its domain age.

The platform has a high scamadviser.com rating (85 percent). It shares its server with over two hundred websites that have even more impressive ratings. However, it is also affiliated with sites like:

The current assumption is that all these pharmacies are part of a network, which isn’t a good thing. Pharmaceutical networks are rarely as legit as they claim to be.

The company behind this website says that it started as a family establishment in 2002. After earning the trust of the local consumers, it created an online shop in 2005 that allowed it to expand the reach of its products and services.

Their portal was commended for being so user-friendly and affordable. It was also quite convenient. It eventually attracted so much interest that it became the company’s central sales method. After spreading their offerings to new territories, they eventually became a renowned internet drugstore with dozens of workers.

They promise competitive prices, quick deliveries, and trusted medications. You can use their platform to submit requests for medical products. You have to enter the name of the drug you want in the search field.

You can also use their product categories to narrow your options down in situations where you don’t know for certain what you want. The company will send you a notification once your order has been processed.

They have protocols in place that are designed to protect your privacy. This claim is supposed to put anxious customers at ease, especially those that are hesitant to reveal their name, address, and credit card information.

Normally, the presence of a business address, which this platform has published, is encouraging. But any basic investigation into this organization’s business address will reveal that it isn’t real either. As you can see, the drugstore isn’t authentic.

Don’t be fooled by the CIPA, BBB, and Pharmacy Checker seals on the platform. They are fake, which is why the portal has been classified as a rogue site by legitscript.com.

The platform’s catalog has all the common drugs that you can use to treat both serious and lifestyle ailments. From what they have said, they don’t seem to care about prescriptions.

The claim they have made regarding their competitive prices is correct; though, the quality of their products is still in question.

They ship to most international destinations using regular mail. It can take as long as forty-five days for packages to arrive.

The site doesn’t have any reviews to offer. Don’t pay any attention to the ones it has published. It probably faked them.

This is a suspicious online drugstore that doesn’t have a genuine business address or legitimate authorization from regulatory bodies, which is why it gets a rating of 25% of trust. It has an attractive design but, at the moment, that doesn’t mean anything.