Home » Reviews » Canadianmedcenter.com Reviews – Everything It Claims To Be 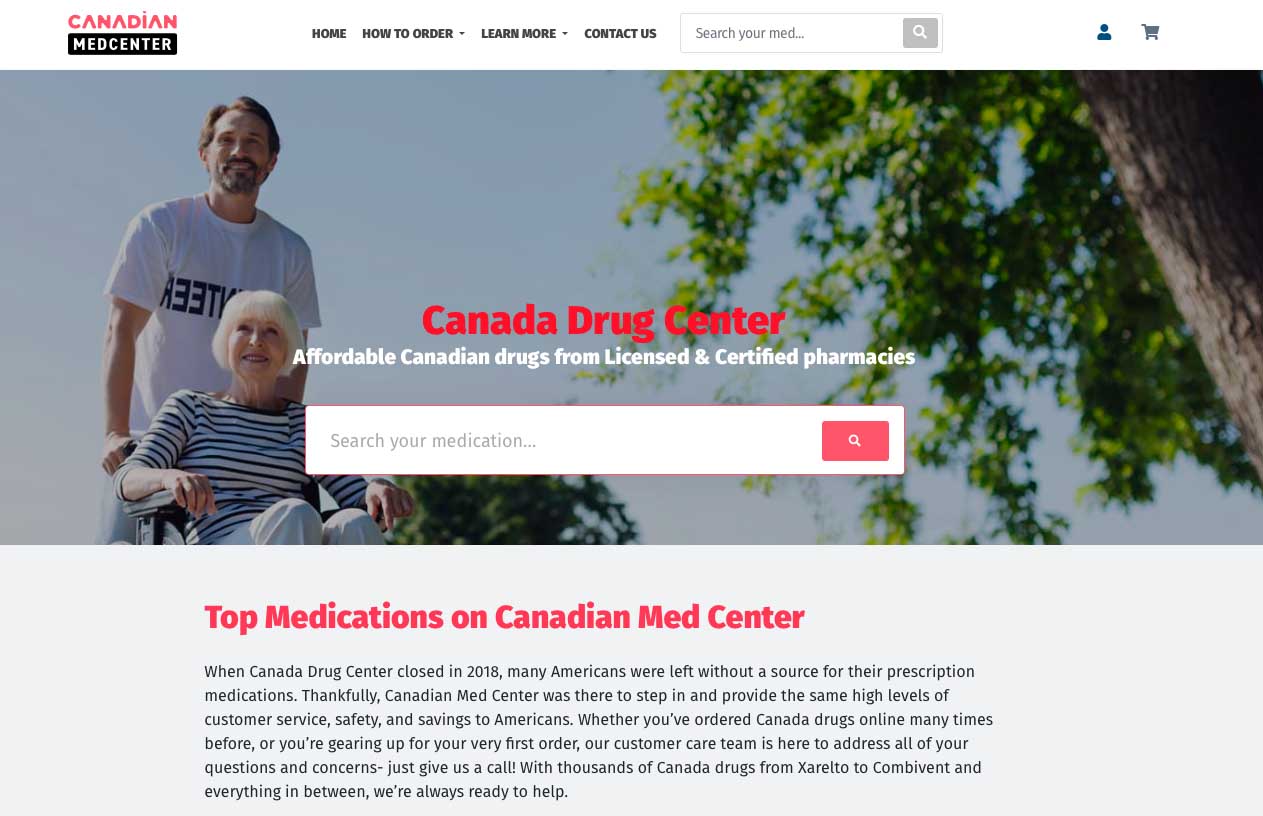 Canadianmedcenter.com is an online pharmacy that actually comes from Canada, unlike the majority of Canadian stores on the internet. It has become quite commonplace for medical stores from high-risk countries like Russia and the Czech Republic to tell everyone that they come from Canada. And unfortunately, so many patients believe them. The tactic is so prevalent that it has become just as commonplace for people to classify every online medical platform that claims Canadian origins as a scam. For that reason, this one might have a difficult time convincing its visitors that it is truly Canadian. But for once, they are telling the truth. The pharmacy is every bit as Canadian as it claims. 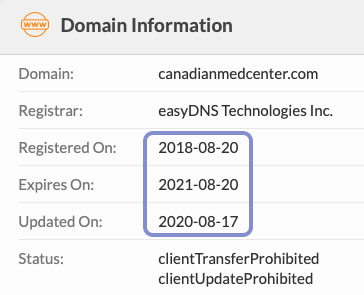 The domain might trouble a lot of people. It was created on the 20th of August 2018. That gives them just two years of experience, which isn’t enough to compel people to take them seriously. The domain is expected to expire in 2021.

That is also a little concerning because it suggests that the owner doesn’t expect his company to persist on the internet for long. But the company will most likely update its registration. They have spent too much time proving their legitimacy to abandon the pharmaceutical field.

Scamadviser.com has also chosen to give them the benefit of the doubt, which is why their rating stands at 95 percent so far. They are not that old but scamadviser.com appreciates their valid SSL Certificate, even though it doesn’t like the fact that their Alexa rank is so low and the optimization of their platform is so poor.

Even though their website is young, the drugstore has a lot more experience than the domain age suggests. It was originally called ‘Canada Drug Center’ but it closed in 2018. That was the same year in which this site was created.

Their platform works just like every other pharmacy on the internet. Though, in this case, you don’t have to worry about the store scamming its patients. You have to create an account before you proceed. But that is only in situations where you have chosen to order your drugs through the portal.

If you don’t have a computer or an internet-enabled mobile device, you can just call them. Their customer support staff will receive your order and process your payment. They will also talk you through the methods you can use to submit your prescription if you want to buy prescription drugs.

Some patients hate websites that demand prescriptions. They are drawn to online shops that are willing to sell any drug a client asks for regardless of whether or not they have a valid prescription. Such individuals do not realize that every site that doesn’t ask for a prescription is a scam.

Whenever a platform demands a prescription, it proves that they are a legal business entity because it has chosen to follow the law. This one has gone so far as to provide a business address. If you want concrete evidence proving that they are Canadian, they are based in Etobicoke, Ontario.

If you don’t trust their business address, trust CIPA. It vets every pharmacy that claims to be Canadian. It only certifies those that are safe. This medical store has CIPA certification. You don’t need any additional evidence. They are well and truly Canadian.

Their catalog has most drugs, or at the very least, it has all the pills that most people expect to find in a pharmacy. They sell a variety of brand-name and generic products. Some of them come from Canada. Others are sourced from their partners in other countries.

They can process payments that are made via:

They will most likely accept payments made using the majority of international card processing companies, not just the three above. They only deliver to customers in the US. They charge a shipping fee of $14.

They don’t have reviews on trustpilot.com. But you can find several positive testimonials on Ekomi.co.uk. The majority of customers seem to approve of their services.

Even though legitscript.com hasn’t certified them, they have done a decent job of proving themselves. So they get a trust rating of 60%.